A British Tourist Has Been Killed at a Peruvian Ayahuasca Ceremony

Authorities accuse a Canadian man of killing a Briton in the Peruvian Amazon in a brawl after they drank the hallucinogenic beverage ayahuasca at a spiritual retreat on Wednesday night.

The incident occurred close to the northern city of Iquitos after U.K. citizen Unais Gomes, 26, attacked 29-year-old Canadian Joshua Andrew Freeman Stevens with a knife in a drug-fueled frenzy, regional police chief Normando Marques said, according to Reuters. Stevens resisted, and allegedly killed Gomes in self-defense after stabbing him in the stomach and chest with the same knife. He is now in police custody.

The drink, known for its psychedelic properties, is made by combining two different plants — the ayahuasca vine (Banisteriopsis caapi) and chacruna, a kind of shrub, the BBC reports. The active ingredient is called dimethyltryptamine (DMT). The substance has been known to help with managing depression and is rarely associated with violence, Reuters says.

Ayahuasca ceremonies have become increasingly popular in recent years among those seeking a spiritual experience. The drug is widely available in North and South America. 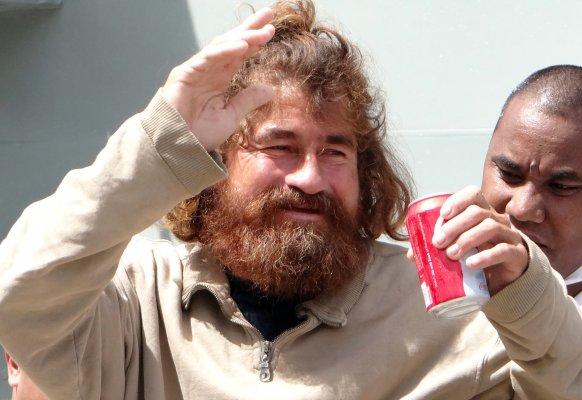 A Castaway Who Survived 14 Months Lost at Sea Is Being Sued for Cannibalism
Next Up: Editor's Pick