2016 is the year of the monkey. According to Chinese astrological tradition, monkeys are supposed to be intelligent, quick-witted, clever, ambitious and adventurous. All of these attributes will be in high demand as China negotiates the complex policy challenges before it in the year ahead.

China will be preoccupied with intense preparations for its 19th Party Congress in 2017. Other than President Xi Jinping and Premier Li Keqiang, the five other members of the existing Politburo Standing Committee—China’s top leaders—will reach retirement age. There will also be a large turnover in the wider Politburo and the 205-strong Central Committee. Xi has inherited a leadership structure very much determined by his predecessors, so he will use the Party Congress to consolidate his political authority even further. The nationwide mass campaign against corruption of the past three years is likely to conclude, although anti­corruption efforts will remain a core priority, central to Xi’s vision of preserving party legitimacy.

Xi will also strengthen the leadership’s economic team, given the imperatives of China’s reform program and the strong global economic headwinds the country faces. Despite some breathless Western commentary, there will be no Chinese economic implosion in 2016. China calculates that it needs at least 6% growth to provide the job numbers, increases in income and poverty reduction required for social stability. We’ll see declines in manufacturing exports, state investment and property, yet slow but gradual increases in private consumption and more-rapid growth in the domestic-services sector and IT are likely to put that 6% figure within reach. Just to make sure, Chinese leaders are embarking on not-insignificant fiscal and monetary expansion—a sign they will do whatever it takes to stay above the 6% threshold.

In its own neighborhood, China appears to have concluded that recent policies in the East and South China Seas have produced more problems than they are worth. The country is embarking on a new diplomatic offensive in the region, one designed to lower the regional temperature, hence high-level diplomacy with Japan, Korea, Vietnam and the Philippines, together with Xi’s historic meeting with Taiwan President Ma Ying-jeou. China’s strategy is designed to challenge the underlying rationale for the U.S. to “rebalance” to Asia, reflected in U.S. naval deployments in the South China Sea and deepening security engagement with Chinese neighbors. Beijing also wants to avoid any easy pretext for another debilitating round of public “Sino-phobia” during the U.S. presidential campaign.

Globally, we will continue to see a more confident, activist Chinese foreign and economic policy. Xi’s unprecedented rounds of summits in Europe, Asia, Africa and Latin America reflect a perception of China as the indispensable global economic power. So too with the flurry of large-scale Chinese economic initiatives, like the Asian Infrastructure Investment Bank, the BRICS Bank and the “One Belt, One Road” initiative. Beijing will use 2016 to consolidate these programs rather than launch anything new on a similar scale.

Within the existing multilateral system, however, China is likely to become increasingly forward-leaning, leaving behind Deng Xiaoping’s doctrine of “hide your strength, bide your time, never take the lead.” The West, rather than attacking Chinese multilateral activism, might consider welcoming it. It may help strengthen the existing, deeply challenged institutions of global governance, like the U.N., the IMF, the World Bank, the WTO and the G-20. Otherwise, the gap between the growing demand for effective global governance and its supply will widen. And that doesn’t help anybody. 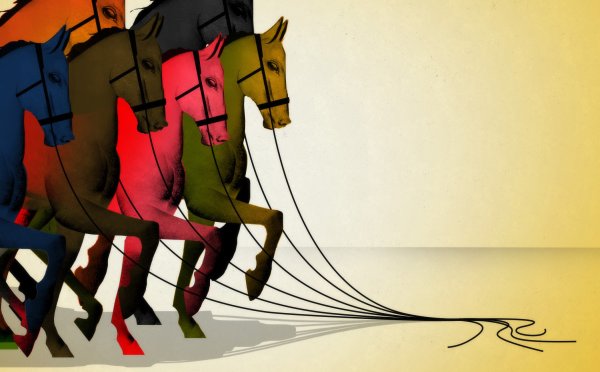 The Absence of Global Leadership Will Shape a Tumultuous 2016
Next Up: Editor's Pick