David Miliband on Human Rights in 2016

This was the year the global movement of people fleeing conflict finally burst onto the world’s political agenda. With 20 million refugees crossing borders in 2014 and 40 million people displaced within their own countries, 1 in every 122 people on the planet has been forced from their home by conflict.

Yet for all the complaints about asylum seekers in the richer parts of the world, more than 8 in 10 refugees are actually living in developing countries—and that burden is wearing those countries down. We know what a failed state is; the disasters of Libya and Yemen come to mind. But there are a larger number of states where the delivery of basic services or the enforcement of the rule of law have been compromised by a lack of state capacity, will or legitimacy, or simply the sheer scale of the problems. They are fragile states, and they are the human and development challenge of 2016.

Fifty fragile and conflict states account for 20% of the world’s population but 43% of the extreme poor (living on less than $1.25 a day). Nearly two-thirds of fragile states have failed to meet the Millennium Development Goal of halving extreme poverty by the end of 2015. And just a fifth have secured universal primary education for their children.

A New Deal for fragile states—agreed to in 2011 in the South Korean city of Pusan and endorsed by over 40 countries, development partners and civil society—produced a set of principles guiding policy and practice in fragile and conflict-affected states. But while the principles behind it are good, the New Deal has not gotten the global traction it needs to drive improved social and economic outcomes at the national and international levels.

There are three immediate priorities. First, aid. U.N. humanitarian appeals are currently only 50% funded. The result is misery and the onward flow of refugees—especially into Europe. The United Kingdom recently announced that half its overseas-aid budget of around $18 billion would in the future be devoted to helping fragile and conflict states. Other donors need to follow this example.

Second, host populations as well as refugees need help. With 59% of refugees living outside of camps among local communities in cities like Beirut, it is essential to offer broad-based help. The best route is to use cash vouchers as a humanitarian and economic tool. A study by the International Rescue Committee, of which I am the CEO, showed that $1 distributed in Lebanon delivered $2.13 to the local economy. Yet cash provision makes up less than 6% of the global humanitarian budget. Before services are delivered, we should ask whether cash could do the job better.

Third, we need economics, not just social services. It is scarcely believable that the World Bank’s work is limited in Jordan and Lebanon—with over 2 million refugees between them—because they are officially middle-income countries. International institutions created in a different time need to be adapted to the modern geography of poverty and need.

The World Humanitarian Summit taking place in May is a chance to bring these issues to the fore. U.N. Secretary-General Ban Ki-moon has rightly called for innovation and determination. The focus needs to be on fragile places—or they will become the failed places of tomorrow. With head as well as heart, we should respond to their call for a renovation of our efforts to help them. After all, in a global village, when we help them we help ourselves.

Miliband is the president and CEO of the International Rescue Committee 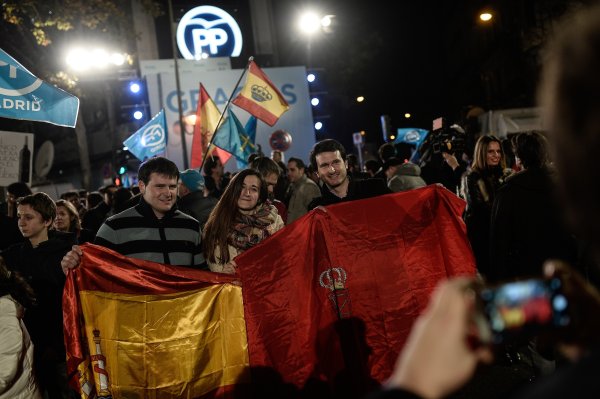 Spain’s Election Results Could Cause Instability and Chaos
Next Up: Editor's Pick