The last time we saw Natalie Dormer’s character Margaery Tyrell on Game of Thrones, she was stuck in jail. And that’s where she will remain at least for the beginning of season six—only this time she’s paired with a new scene partner. The actress revealed this detail and more during an interview about her new movie, The Forest.

“The beauty of Game of Thrones is it’s always making these unlikely pairings from one season to the next. We all, season to season, get thrown in with a new sparring partner. And I’ve actually had a new sparring partner this season because Margaery is in jail and Cersei, obviously, after the walk of shame got back into the Keep,” she says.

When asked about Cersei’s controversial walk of shame sequence last season, which caused a furor online and prompted some critics to question the show’s treatment of women, Dormer said that whatever fans think of the show, they at least have to admire how daring the writing is.

“It’s brave writing. It’s bold writing, whether you agree or disagree with the choices that are made. The redeeming feature you can credit it with is at least it’s brave. And I think there’s a lot of writing out there that plays it safe and doesn’t challenge its audience,” she says. “And audiences are more sophisticated than Hollywood gives them credit for. And that’s one thing you have to give credit to Thrones, they understand that their audience is sophisticated and can process contradictions and controversy.”

Dormer said audiences can continue to expect audacious choices from creators David Benioff and D.B. Weiss in the coming year—though she keeps herself out of the loop on purpose.

“It’s been fun to gossip and speculate in the makeup trailer,” she says. “Quite a few of us—and I’m kind of proud of the fact that I was one of the ones who started doing this about two or three years ago—stopped reading other characters’ storylines. We get all 10 scripts at the beginning of the season, but I chose not to read what wasn’t Maergery or King’s Landing storyline because that way I get to watch the show as it airs in real-time with the fans. I watched the first season as a fan before I was attached to it. So just like everybody else I was like, ‘Woah what’s this? They just killed the lead guy at the end of season one. How brave, how bold.'”

And though this is the first season that doesn’t rely on its A Song of Fire and Ice source material, Dormer says that author George R.R. Martin is still very much involved with the plot. “They’re not completely absent of George’s influence because George is a producer on the show, and they all had a pow-wow a couple of years ago,” she says. “They know where it’s got to go and what George’s intentions for the characters are. But they are just filling in the gaps.”

Read next: Here Are The 61 People Who’ve Died on Game of Thrones 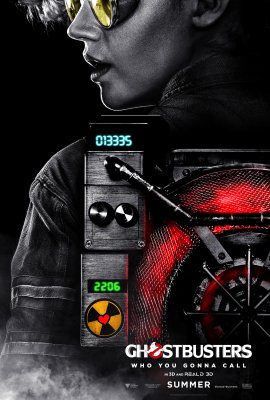 Exclusive: See the First Poster of Kate McKinnon in Ghostbusters
Next Up: Editor's Pick