With all the hype surrounding the release of The Force Awakens, it was only a matter of time before the team over at Bad Lip Reading decided to get in on the action. And this time, the YouTube channel, known for dubbing ridiculous words over TV, movies and news, really outdid itself.

Voiced by guest stars Jack Black, Maya Rudolph, and Bill Hader, the three videos take on the original Star Wars trilogy — A New Hope, The Empire Strikes Back and Return of the Jedi — and give new life to the galaxy far, far away. The hilarious reimagining features new conversations between Luke, Leia, Han, Obi-Wan, Darth Vader and the rest of the gang that will have you questioning whether George Lucas got the script right the first time around.

Whether it’s Leia telling Darth Vader to stop texting her “helmet pics” or Luke showing off his rap skills, these scenes are comedy gold.

See the three full videos below. 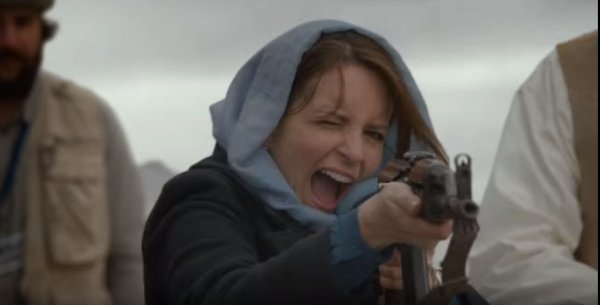 Watch Tina Fey As An Action Star in Whisky Tango Foxtrot Trailer
Next Up: Editor's Pick