Donald Trump said on Jimmy Kimmel Live! Wednesday night that he believes in spite of his negative comments about Mexicans, he will win the majority of the Hispanic vote.

“They’re unbelievable people,” Trump said of the “thousands” of Latinos who’ve worked for him over the years, adding that there would be a “big, beautiful door” in the wall he plans to build between Mexico and the U.S. so that those who come legally would feel welcomed.

“If you look at the polls that come out on the Hispanics,” he said, “the people that are here and have gone through the process, they’re here legally, I’m doing great. I mean, I’m gonna win the Hispanic vote, in my opinion. I mean, we’re gonna see what happens … I’ve developed a great relationship with the Hispanics for a very simple reason: I’m gonna create jobs.”

A survey of Hispanic voters this summer showed 79% found Trump’s comments on Mexicans to be offensive.

Trump would not comment on whether he would kill baby Hitler (Jeb Bush said he would) and refuted the idea that his call for a ban on Muslims entering the U.S. could sow the seeds of resentment and radicalism. He did play along with Kimmel, however, as the host read a children’s book mocking Trump’s ideology called Winners Aren’t Losers. 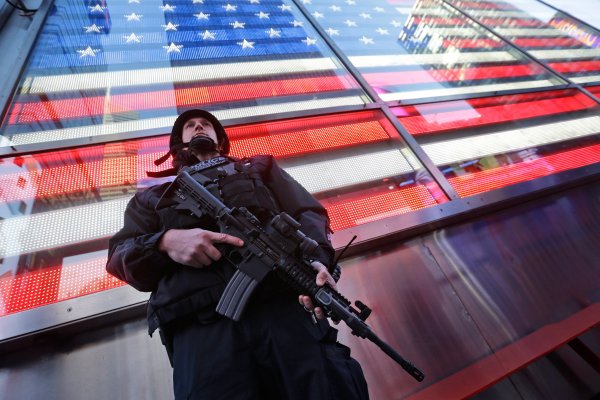 Americans View Gun Violence as a Permanent Part of Life
Next Up: Editor's Pick