Scientists captured an endangered giant salamander believed to be some 200 years old in a cave in a China.

The amphibian is 4.5 feet long and weighs 114 pounds, according to the Washington Post, citing reports from the People’s Daily online. That’s actually not very large for the species Andrias davidianus, the paper reports, as the huge animals can grow to be about six feet long.

Because the species is critically endangered, scientists removed the ancient beast from its cave and moved it to a protective research facility. The Post reports that the salamanders are a delicacy in China—the species is a target for poachers—and their population has declined about 80% over the last 50 years. 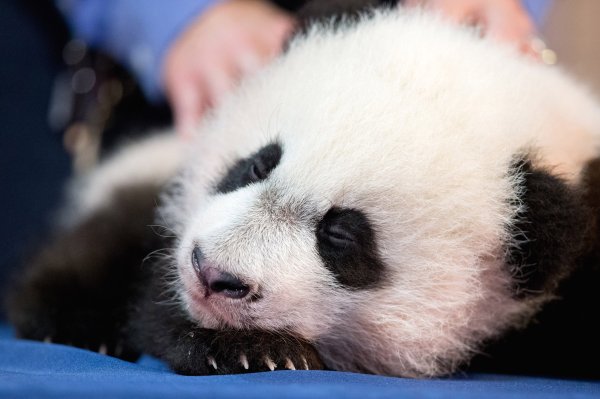 The National Zoo's Giant Panda Cub Napped Through His Media Debut
Next Up: Editor's Pick