Here's How Christmas Lights Came to Be

The Christmas lights of today can light up trees and window frames with tiny twinkling lights of many colors—or cause frustration with their long and tangle-prone cables. But the first such lights, introduced to the holiday world in 1882 by Edward Johnson, a friend and partner of light-bulb inventor Thomas Edison, were a different story.

Johnson didn’t introduce the idea of using light to celebrate the holiday; the tradition of making the winter festive with the light and warmth of fire is much older than electricity. For many years, those who could afford to would express their Christmas spirit by lighting candles on trees.

“Generally, the tree was set up in the parlor and when all the family would come down to see the tree, dad or grandpa would light up all the candles,” John Hanssen, an collector of Christmas-related antiques, tells TIME. “You’d look at it for a few seconds and blow them out.”

Candles were lit to “signify the light of Jesus,” according to Hanssen, 46, who is a member of the Golden Glow of Christmas Past, an international organization for Christmas history. But all those candles had a serious downside, causing numerous fires.

Edward Johnson’s idea was to replace the candles with a string of colored electric lights, which he did with eight bulky, pear-shaped bulbs on a single wire. Several publications covered his lighting of the first tree, which rotated as the red, white and blue lights dazzled spectators. But the idea didn’t catch on widely in the U.S., as many Americans didn’t entirely trust electricity and the bulbs were too expensive to be practical. Hanssen says that an early set of eight bulbs would have cost a buyer about a week’s wages or, he estimates, about $80 in today’s dollars.

President Grover Cleveland also helped make the lights popular after he used them to light a Christmas tree in the White House in 1895, according to Dean. The 29-year-old doctoral student from California delved into the history behind Christmas lights for her master’s thesis at Claremont Graduate University.

As for Hanssen, however, the interest in Christmas lights is less academic. The collector decks out his own Nebraska home with vintage lights and says it brings a smile to his face to see antique bulbs shining from modern homes.

“You can’t, in my opinion, compare the old lights to what they have today. The old lights are so much better,” he says. “The inventiveness, their beauty, their uniqueness cannot be compared. They are works of art compared to your generic box today.”

“For me, it brings back childhood memories,” he adds. “It goes back to the simpler times.” 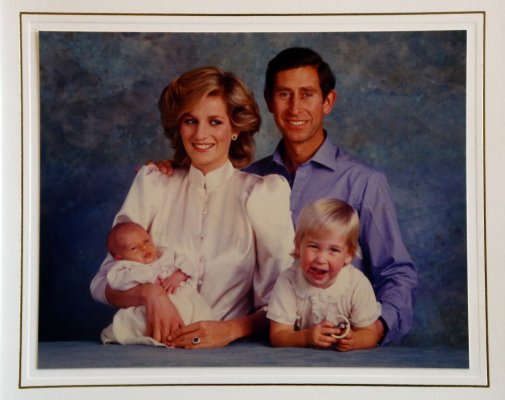 The Royal Family's Amazing Christmas Cards
Next Up: Editor's Pick