After a dominant year in tennis during which she won three of the four majors and finished the season with a 53-3 record, Serena Williams was officially honored as the Sports Illustrated Sportsperson of the Year on Tuesday night in New York City. Williams is the first woman in 32 years and the first black woman ever to win the award outright, and her acceptance speech spoke to this fact. The 34-year-old tennis pro encouraged women everywhere to keep striving for greatness.

“For all the ladies out there, yes we can do it,” she said. “My hope by winning this award [is that I] can inspire many, many, many more women … to stand right here on this podium and accept another ‘Sportsperson of the Year,’ so yes ladies it can be done.”

She also spoke about the struggles she has overcome to get to this point of success in her life. “I’m not standing here because I’ve just kind of cruised on. I’ve had my share of ups and downs. I’ve had many struggles. I’ve had blood clots in both my lungs at the same time. I’ve lived through tragedies and controversies — and horses,” she said, cracking a joke about whether she or Triple Crown winner American Pharoah was more deserving of the night’s honor.

Watch the full speech below: 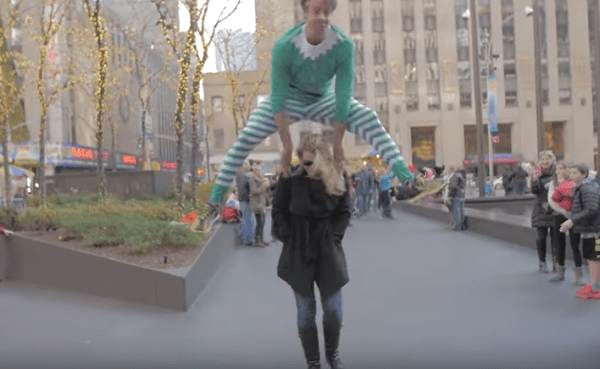 Watch a Family in Elf PJs Ambush New Yorkers
Next Up: Editor's Pick