LeBron James and the Cavaliers visited the Celtics on Tuesday night and the superstar left quite an impact on the crowd, first with a thunderous breakaway slam dunk, and then with a kind gesture.

During the game, James stopped by courtside to chat with Aaron Miller, a 16-year-old who overcame brain damage and multiple surgeries to not only walk again, but also play on his high school’s golf and basketball teams, according to NESN.

James also came back around after the game and dropped off a pair of shoes for Miller, who recently won the Greater Boston Basketball League’s tournament MVP award.

The two-time NBA champ saw Miller’s story on the Jumbotron during a timeout and decided to pay the teen a visit, and was happy to notice he was wearing a special edition of LeBron’s shoes designed for players with disabilities. 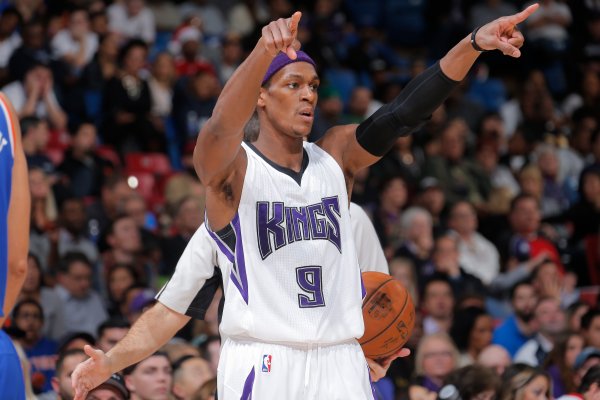 Rajon Rondo Apologizes to Referee Over Anti-Gay Slurs
Next Up: Editor's Pick