Ryan Reynolds Spreads Holiday Cheer with the 12 Days of Deadpool

Not feeling the Christmas spirit this year? Ryan Reynolds is here to remedy that. Dressed as Wade Wilson in his full Deadpool suit, the 39-year-actor teased the latest promotion for his upcoming movie, the 12 Days of Deadpool. “Hi, I’m Deadpool, the other jolly guy in a red suit with a lap worth sitting on,” he says in the video.

Marvel’s Merc with a Mouth then explains that for 12 days in a row, a different site will debut a new Deadpool-related item, with the campaign culminating in the release of a new trailer for the film on Christmas Day. “It’s time for Saint Wade to put the ‘win’ in winter wonderland,” he says.

The promotion began on Monday with EW’s reveal of an exclusive Deadpool poster and continued on Tuesday with a series of Reynolds’ Deadpool-themed Christmas photos posted by PEOPLE.

See the full clip above. 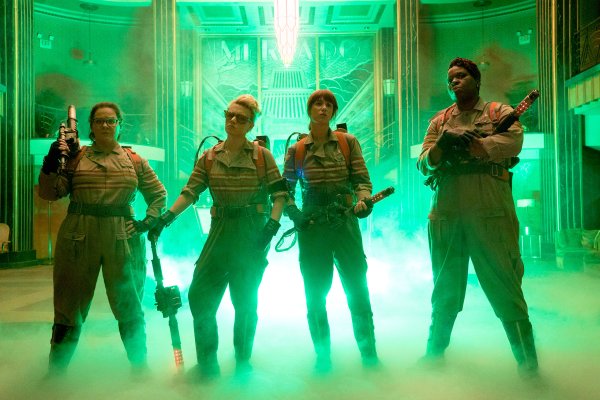 Check Out a Photo of the New Ghostbusters
Next Up: Editor's Pick