Should You Take Your Kid to See Star Wars?

There’s a new Star Wars movie. Unless you’ve been cast into the Pit of Carkoon, you already know this. And in all likelihood, your child knows it and is bugging you about seeing it. What with all the Legos and action figures and spinoffs, even very small children are interested in the franchise. Should you take them?

You don’t want to end with a situation like many parents faced after their kids watched Return of the Jedi and were inconsolable over the untimely death of an Ewok and the touching grief of his/her Ewok friend.

The new movie is PG-13, (which means parents of kids under 13 are strongly cautioned), but many adults ignore those ratings, especially if it’s a lineball decision and they can’t get a sitter. So here—as spoiler free as possible—are the pros and cons of taking your kids to Star Wars: The Force Awakens.

Get your weekly hit of parenting reality; sign up for the Time Parents newsletter. We find the good stories for you.

There’s a spunky and ingenious heroine, Rey, who complains about being rescued and is really good with machines.

The general of the rebel forces is a lady and nobody finds this surprising.

Lots of cool planes and ships and nifty little machines and wacky little creatures zip around all over strange alien landscapes.

The bad guys are white. The newest good guys are black and Hispanic and Asian and a little on the heavy side, so there’s plenty of stereotype busting.

Nothing cute, cuddly or child-like dies.

There is zero nudity or sex, just one chaste forehead kiss.

A LOT of people die. I stopped counting in the first 15 minutes when a whole village is executed. Later in the movie, a couple of planets are wiped out. And of course, legions of faceless Stormtroopers bite it.

Very early on, there’s a gory moment when a dying Stormtrooper wipes a bloody hand down the helmet of another Stormtrooper.

The new bad guy, Kylo Ren, might be alarming to the little ones. He’s less cartoon-y than Darth Vader, so a bit more ominous.

There are some genuinely scary intergalactic creatures, including some giant octopus-like monsters that could well inspire nightmares.

There is some complicated family dysfunction, which might be a little upsetting to some.

So there you have it. For some kids younger than 13, the movie will be fine. For others, it might be too much. Think twice if your child is still in elementary school, but ultimately, you know best.

One more pro: The movie could provoke some interesting discussions about how people decide to do the right thing, even if nobody else is doing it, and the importance of family. One of the main characters tells a big lie, and has to admit that in the end. And Finn shows admirable persistence and grit in the face of considerable difficulties.

May the force (of parental authority) be with you. 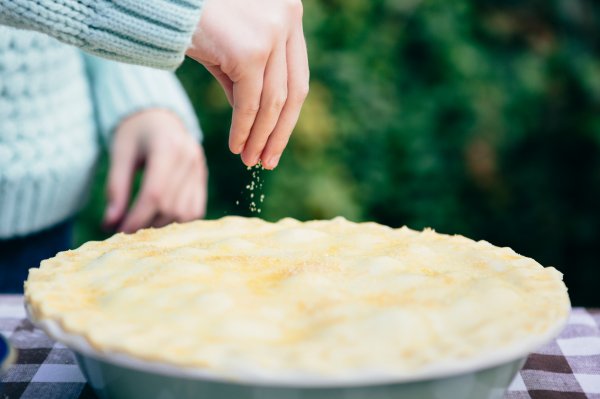 Kids Who Are Better at Tasting Sugar Are More Likely to Be Overweight, Study Finds
Next Up: Editor's Pick