Cho, who has acted in 30 Rock and is known for her provocative stand-up routines, took to Twitter after discovering that Scottish actress Janette Tough was cast as Japanese fashion designer called Huki Muki in the forthcoming Absolutely Fabulous: The Movie.

She accused the film of yellowface, which like blackface, is described by Cho as “when white people portray Asian people. And unfortunately it’s happening in this film.”

Producers of the movie have yet to comment on the situation, the Independent reports. The Scottish actress has been spotted shooting scenes of the film in over-sized sunglasses, a short black wig and full-length coat.

The movie will reunite Jennifer Saunders and Joanna Lumley, who play the chain-smoking duo Edina and Patsy. 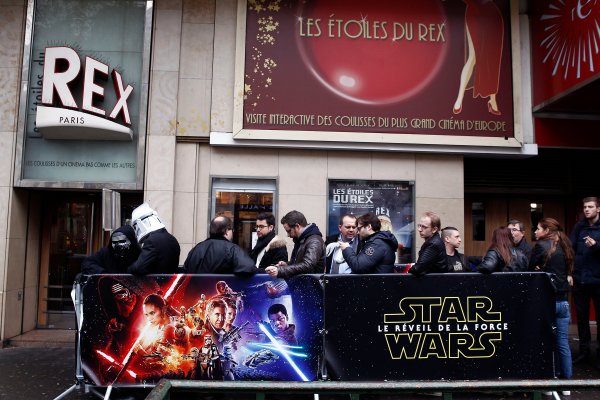 Here's Your Last Chance to Buy 'Star Wars' Tickets
Next Up: Editor's Pick