When asked by debate moderator Hugh Hewitt to distinguish his approach to accepting Muslim immigrants from Trump’s, Cruz treaded carefully. “Everyone understands why Donald has suggested what he has,” Cruz said, before launching into a long attack against President Obama for proposing “bringing tens of thousands of Syrian refugees” to the United States. (The Obama administration has actually proposed allowing in 10,000 Syria refugees, not “tens of thousands”).

But, Cruz, said, “I introduced legislation in the Senate that I believe is more narrowly focused… We should direct at the problem, focus on the problem and defeat radical Islamic terrorism.”

Cruz has been careful not to publicly attack Trump, who is known to harshly rebuke any of his critics. The two have maintained an amiable relationship in public as Cruz hopes to eventually win over Trump’s supporters.

“We should focus on the problem,” Cruz said. “It’s not a war on a faith, it’s a war on a political and theocratic ideology that seeks to murder us.” 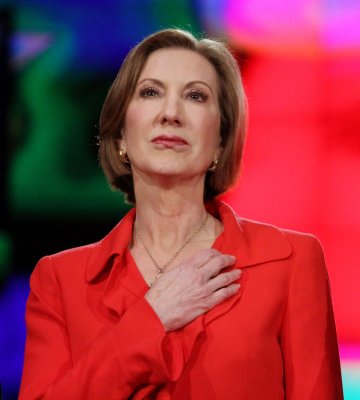 Twitter Is Brainstorming Other B-Words for Carly Fiorina
Next Up: Editor's Pick