Facebook on Tuesday announced it is relaxing some rules to its “real-name policy” amid criticism from transgender users and domestic violence victims.

The social media giant remains “firmly committed” to having its users go by their real names on the site, it said in a statement. But the company acknowledged feedback it has heard from groups demanding it change its treatment of profiles.

“We recognize that it’s also important that this policy works for everyone, especially for communities who are marginalized or face discrimination,” the statement said.

The announcement comes after a coalition of LGBT rights advocates and survivors of domestic violence said the “real-name policy” discriminates against their identity and puts them at risk of physical harm. Members of those groups who have used something other than their legal name on Facebook have previously had their accounts banned.

Facebook said Tuesday it has implemented new tools that let people explain “special” circumstances for their “unique” situations surrounding their name if they are asked to verify it. Such an option may help users who say they had their accounts suspended with little or no recourse to contest the ban. Other changes include reducing the number of people who are asked to verify their name.

The company insists its “real-name policy” makes it harder for bullies to anonymously attack targets and allows more people to be accountable for what they say. In July Facebook CEO Mark Zuckerberg defended the real name policy, arguing that “There are plenty of cases — for example, a woman leaving an abusive relationship and trying to avoid her violent ex-husband — where preventing the ex-husband from creating profiles with fake names and harassing her is important. As long as he’s using his real name, she can easily block him.”

“We’re firmly committed to this policy, and it is not changing,” the company said Tuesday. 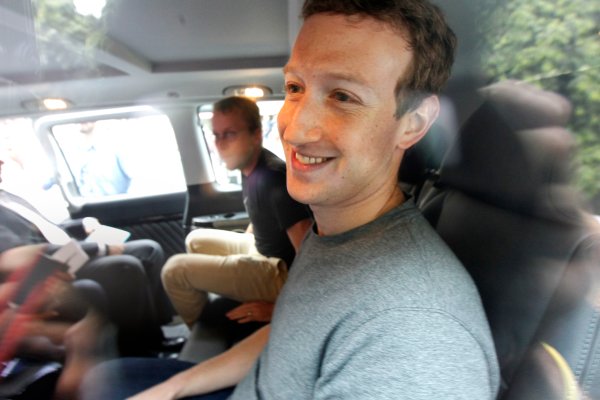 Mark Zuckerberg Posts Photo Cuddling With His Newborn Daughter
Next Up: Editor's Pick