Ranger students, including one of the first women ever to take the Ranger School course, wait to ascend Mount Yonah in northern Georgias on Tuesday, July 14, as part of the school's Mountain Phase.
The Washington Post/Getty Images
Ideas
By Kate Germano

Earlier this month, Secretary of Defense Carter lifted all job restrictions based on gender for qualified female service members, despite a request from a former commandant of the Marine Corps to permanently exclude women from serving in the infantry. Other than issuing a short statement announcing the change, the Marine Corps has said nothing about how the new policy will be implemented. If the institution is to make this historic change a real step towards gender equality, it must first revolutionize the recruiting and training processes for women to ensure a larger contingent of women can meet the high standards required for the infantry. This is not only possible, but necessary to strengthen the force.

Equality in the Marine Corps must start with having high standards for prospective recruits. The Marine Corps often mistakenly equates the quantity of women joining its ranks with the quality. For example, the recruiting command often cites female high school graduation rates and scores from the Armed Forces Vocational Aptitude Battery as proof that only the best and brightest women are allowed to join the service. But the fact that the female boot camp attrition rate has historically been more than double that of male recruits indicates that there is a problem with the quality and preparation of females enlisted. This is also supported by a two-year female initial strength test failure rate of about 8%, compared to less than 1% for the male recruits. And young women who are out of shape when they arrive at recruit training tend to discharge at a greater rate for physical and mental health reasons, and if they do graduate, their physical fitness ability is generally subpar, putting them behind their male counterparts from the very start.

Most women show up to recruit training running a 13:30-minute or slower mile and a half, and the slower their run time, the more likely they are to be overweight, be injured in training, and be dropped for inability to keep up with their counterparts. This is then complicated by the fact that women who are dropped back in training for any reason are far more likely to be discharged later on for mental-health reasons. It is painfully evident that the main reason some women show up more out-of-shape than their male peers is a failure on the part of recruiters to hold their female enlistees to the same standards they hold the males too, namely for attending weekly physical fitness sessions, working out on their own, and most important, significantly improving their physical fitness ability before being allowed to ship to recruit training.

Unfortunately, even for women who arrive at recruit training running a mile and a half in 13:30 minutes, bootcamp is not the place to get into shape. There are very few physical fitness sessions in the training plan after the first three weeks of training. As a result, historically, on average female recruits run the three mile run portion of the physical fitness test in 26:00 or slower, putting them far behind their male counterparts at graduation. Some critics argue that standards should not change since women are meeting the requirement if they achieve an average score on the physical fitness test. The problem with this mentality is that it is expected that these same women, who get often promoted ahead of their counterparts due to having more college credits on average, will be leading their male counterparts just weeks after leaving recruit training. It is hard to lead your peers when you are constantly last across the finish line during physical fitness events. It is even harder to gain the respect of male peers and subordinates when they see such women struggle to accomplish the most basic of physical tasks.

The Marine Corps also discharges a far greater number of young women than men from bootcamp for mental health reasons, many of which existed prior to entry. This indicates a lack of screening, whether willful or due to lack of experience, by countless recruiters, and ultimately sets the women up for failure from the day they swear in at the Military Entrance Processing Station.

In addition, the Marine Corps is the only service to have completely segregated recruit training despite little tangible evidence that such an environment makes a more qualified Marine. The standard defense by the Marine Corps has been that segregated training instills confidence in young women. Unfortunately, for decades, segregated training has resulted in sexist behaviors exhibited by male Marines on the recruit depot, lowered expectations for performance by female recruits, and the nagging perception that somehow it is easier to go through training as a female. The end result is that by pandering to perceived weaknesses in the female physique and mental and emotional states, the Marine Corps has weakened the force, not strengthened it.

There should be an expectation that women who join the Marines are tougher, faster and stronger than women in the other services. After all, being elite is part of the Marine Corps’ warrior ethos. If the definition of gender bias is unequal treatment in opportunity and expectations based on sex, it is difficult to view the Marine Corps’ lower expectations for female performance as anything but bias. Such treatment of women does nothing to engender confidence in female recruits or respect by their male counterparts, much less a sense of belonging by female Marines in the organization.

Historical recruiting data has proven that quality applicants—male and female—come directly out of high school. This is particularly true for women who have participated in sports. These individuals tend to excel in recruit training because they already understand that through physical pain, they can become mentally and physically stronger. They often know how to balance competing requirements like sports schedules and academics, have experience with team dynamics, adversity and commitment, and are more resilient. Improvements to recruiting methods to make such female applicants the majority of the population in bootcamp would significantly increase the number of women who are qualified for the infantry.

Without significant revision to the Marine Corps’ recruiting and training processes for women, the recent historic change will serve as nothing more than words in the ether. In order to make the elimination of job restrictions based on gender count for something, the Marine Corps must be willing to acknowledge that the way it has always recruited and trained women no longer works. 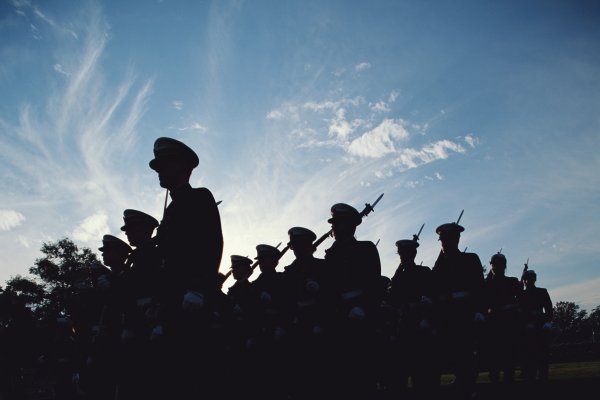