Donald Trump has dominated the Twitter conversation during debates, but he’s starting to slow down, according to data compiled by the social media giant.

The real estate mogul’s mentions on debate night have been on the decline since September’s CNN debate, when he took a 37% share of the conversation, but no other candidate has come close to replacing him, Twitter said.

Former Florida Gov. Jeb Bush came in as the second most talked about candidate on the social network during the second and fourth Republican debates, while Ben Carson took that title during the first debate while Texas Sen. Ted Cruz won it during the fourth.

“In the last debate, the share of Tweets about each of the other candidates on stage was the closest to dead-even we’ve seen yet — seven candidates within a three-point spread,” wrote Twitter spokesman Nicholas Pacilio in a press release.

Trump is also coming off a strong week on Twitter. During what was the most-Tweeted non-debate week of the campaign, he saw the highest level of mentions last week with about 3.5 million Tweets referring to the real estate mogul. That’s about double his weekly average.

Trump’s share of the conversation on Twitter during debates has dropped, but no other candidate has emerged to replace him at the top. There were about 3.5 million Tweets sent last week mentioning Trump, which is about double his weekly average.
Twitter, Inc.
More Must-Read Stories From TIME
Subscribe to TIME 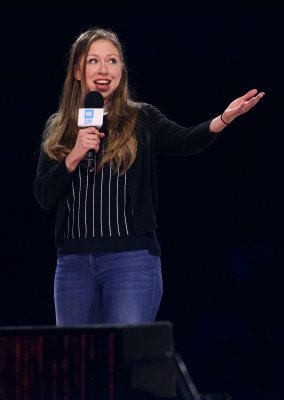 Exclusive: Chelsea Clinton to Ramp Up Campaign Schedule
Next Up: Editor's Pick