The force is definitely with the Children’s Hospital L.A.

As part of their #ForceforChange initiative, which inspires people to make a positive impact in the lives of others, the cast and crew behind Star Wars: The Force Awakens (in theaters Dec. 18) visited the hospital earlier this month.

The event saw appearances from R2-D2, a group of stormtroopers and Mark Hamill (Luke Skywalker, himself!)

The Children’s Hospital transformed into a new world, turning the young patients into Padawans, with the film’s key characters roaming the halls and meeting their pint-sized fans throughout the day.

“Feeling the pure joy and exuberance of those children up close and personal is a gift to cherish,” Hamill wrote on Facebook.

Although the video footage is of the Los Angeles event, #ForceforChange has also put on several events at other children’s hospitals across the U.S., according to the Children’s Hospital Los Angeles’ official Facebook page.

This article originally appeared on on People.com 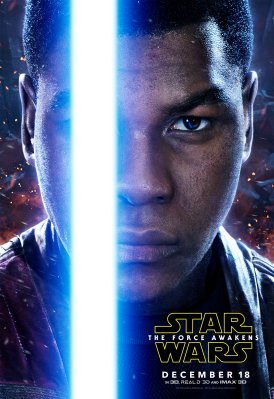 How to Add A Lightsaber to Your Facebook Profile Picture to Celebrate 'The Force Awakens'
Next Up: Editor's Pick