Xenoblade Chronicles X is my pick for best roleplaying game of 2015, and you can read why in my review. (That includes The Witcher 3 and Fallout 4.) The only reason Monolith Soft’s Wii U masterpiece didn’t make my Top 10 video games of 2015 list was a technicality: the deadline arrived before my press copy of Xenoblade Chronicles X did. Call this my “Top 11 of 2015” addendum then.

I had a chance to ask the game’s executive director (and studio Monolith Soft founder) Tatsuya Takahasi a few questions about the game, his thoughts on Japanese gaming, and what he’s hoping to do next. This is what he told me.

“Open-world games are often designed with the idea that they’ll be installed on hard-disk media, but for this game, we tuned the engine to its very limits to make it playable without installation (something which I think is pretty innovative),” explains Takahashi. “So there’s no problem at all if you’re walking or running around the game map, but since you can also fly through the air at high speed, we used the data packs (which are handled as additional content) to load part of the game data from storage instead of the disc, in order to make it more comfortable to play.”

“The design focus for this game was on map exploration and character builds during battle,” says Takahashi. “We deliberately distanced ourselves from having philosophical themes intertwined with the core of the story. Given that we at Monolith Soft had no experience with developing HD titles, our goal with this project was to experiment with and implement the assorted tech skills we needed for HD game development. We decided that trying to balance that with an epic theme-laden story would pose difficulties. Our hope is that we can start by creating the core system, then expand on the story and thematic elements in our future project.”

“[I’ve] created an RPG in which you can have people on the same map as robots several times their size without things falling apart,” he says. “In previous projects, we’d create maps for human characters and maps for robots separately; having them both playable on the same maps isn’t nearly as simple as it sounds.”

“If, say, a human character needs a map around 1km square to play on, then a robot six times that size would need a map 6km square—in other words, 36 times the size. At the same time, we can’t multiply our dev budget by 36 times what we need to create maps for human characters, so we needed to innovate with ways to express that kind of scope while keeping costs down. I think we did a really good job striking a balance with this project.”

He prefers Western games to Japanese ones

“Except for a subset of titles, Japanese RPGs are budgeted so they’ll make a profit off sales within Japan alone,” says Takahasi. “It seems to me that building the entire world of the game itself (making it open-world) is considered one must-have element for Western RPGs nowadays, but that just can’t be done in the current Japan scene. But lately, I’ve started to wonder about whether this is really just because of budgetary issues. I think this is probably due to differences in cultural tastes, but in the current situation, it’s difficult to take content created in Japan and have it accepted in the West. As a result, you can only create things scaled to make money within Japan alone, and it becomes this negative spiral.”

“Japanese tastes are unique compared to those in the West, so if you focus solely on gamers within Japan, you’ll always find yourself running into this problem. (I think this is easy to see when you notice that FPS-style games sell only around 100,000 copies or so in Japan, as opposed to 10 million worldwide.) This may be a surprise to hear, but I don’t have very much interest in “current” Japanese anime and games, and I don’t play them, either. (I do get hands-on with them for future reference, though, and I still love older games that came out 30 or so years ago.) Most of the movies, TV dramas, novels, and games I pick up are made in the West. I don’t do this deliberately; that just turned out to be the kind of thing I like. As a result, I’ve come to the realization that it’s best to try and organically make the kind of things I like, or want.”

“We’re also seeing mobile games flourish in Japan while the console market declines, but the type of audience playing mobile games in Japan now has never bought my games, not since even before mobile existed. I consider the entire world to be my main field of battle, so I don’t worry about that at all. I also think that other companies’ RPGs, those with the potential to fight it out on the world market, aren’t going to be threatened by the state of mobile within Japan. That’s the kind of thought process that led to the completion of Xenoblade Chronicles X, and I hope that people will be willing to give it a try.”

“I tend to get bored with things pretty easily, so I’d like to keep creating things with different approaches every time,” says Takahashi. “Along those lines, I’d definitely like my next project to look and feel pretty different from this one. The ‘Xeno’ name, by the way, really just exists to make it clear that these are Tetsuya Takahashi productions.” 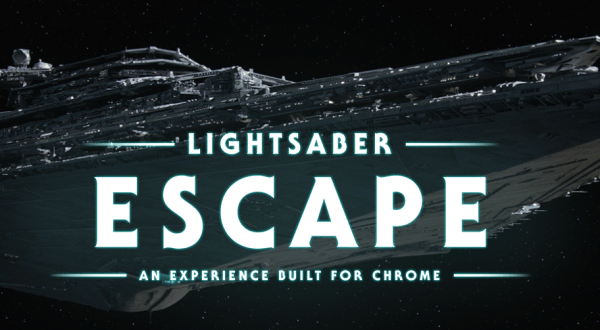 A Star Wars Web Game Lets You Use Your Phone as a Lightsaber
Next Up: Editor's Pick