“Our schools are safe,” de Blasio said. “Kids should be in school today.”

Los Angeles closed all public schools, affecting more than 640,000 students, over an “electronic threat,” the district superintendent said in a press conference. The district has nearly 1,100 schools.

“It was not to one school, two schools or three schools. It was to many schools,” Los Angeles Unified School District Superintendent Ramon Cortines said.

De Blasio urged the city not to immediately panic.

“It’s very important not to overreact in situations like this,” the mayor said, according to CBS New York. 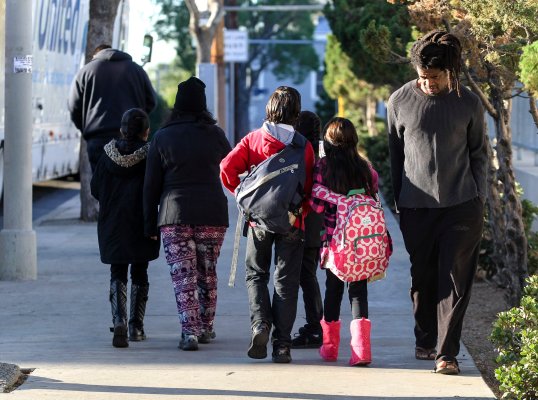 Here's How Kids in L.A. Are Reacting To Missing School Due to a Threat
Next Up: Editor's Pick