Watch Jennifer Lawrence Get Freaked About Aliens With Stephen Colbert

Jennifer Lawrence recently learned about the Golden Record, and she is not happy about it.

During her Monday appearance on The Late Show, the actress said that she doesn’t want information about earth to go up into space because you never know who or what might find it, and, “based on history, when we find each other, we kill each other! I don’t feel like aliens are going to be like, ‘Oh, great, let’s get along!’ “

After all, joked Lawrence, “Have you seen a Tom Cruise movie?”

Her E.T. fears launched a Big Questions segment, in which host Stephen Colbert asked Lawrence what she thinks happens after you die: “I think they give your hospital bed to someone else.” See the full clip above. 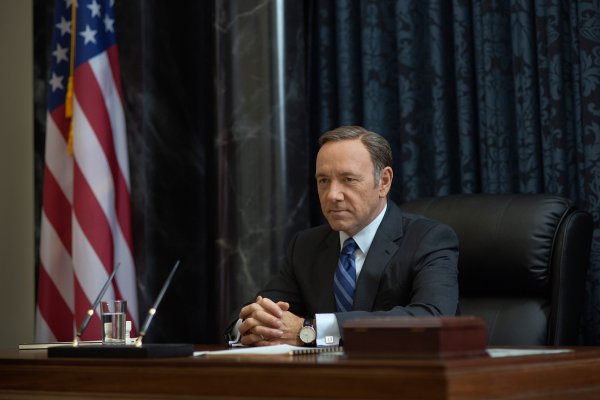 President Underwood Will Make an Announcement During the GOP Debate Tonight
Next Up: Editor's Pick