The Best STEM Toys for Kids This Holiday Season

The Maker Movement, which is all about hacking together DIY gadgets and gizmos, started here in Silicon Valley, but has since spread across the world. Originally focused on technology projects, Makers now tackle all kinds of products, from beekeeping to quilting. To celebrate the Maker Movement, annual events called Maker Faires have sprung up in cities everywhere. Among the Maker Faires’ goals is to get kids interested in STEM, or science, technology, engineering and math.

I recently had a chat with Dale Dougherty, the founder of the Maker Faires. He brought up the point that STEM toys would make excellent holiday gifts for kids this year. Dougherty’s drive to get gets kids interested in STEM is infectious. As a grandfather, I’ve made sure to get at least one STEM-type gift for my granddaughters for the past few years, and now they look forward to these presents every year.

I asked Dougherty for some STEM toy suggestions. Here’s the list he sent, along with the companies’ descriptions:

And on Maker Media’s site, these are the Best-sellers for young makers:

Melinda Gates, the wife of Microsoft co-founder Bill Gates, has written that the gift of an Apple III when she was young helped take her down a path of math and science. For this holiday season, she suggests gifts that help kids learn as well as play, including:

Personally, I’ve gotten plenty of gifts for my granddaughters from Goldieblox. Its focus is getting young girls interested in STEM projects. This year, I’m getting them something from Blink Blink. These projects are part of an emerging toy category called STEAM (the A is for art). The company makes DIY kits that integrate art, fashion, simple circuits and e-textiles. Since both of my granddaughters are getting into fashion as they get older, these kits will be ideal for them.

I grew up during the age of Sputnik and the space program. As a kid, I was given Erector Sets, Tinker Toys and other toys that had me build projects with the hopes I would become interested in making things. For this generation, it’s STEM toys and maker projects that Dougherty, Gates and others hope will spur kids to become makers, engineers and scientists. A single gift along these lines could get kids interested in these important life disciplines.

Correction: The original version of this story misstated the name of the company that makes Dash robots. It is Wonder Workshop. 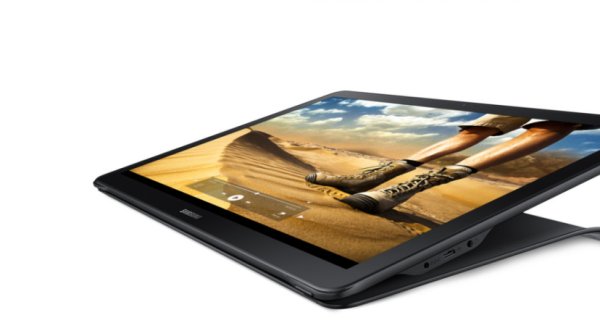 How Giant Tablets Could Be the Future of Television
Next Up: Editor's Pick