The Fargo Finale Proved It's One of TV's Great Shows

When I decided to put the second season of Fargo (which ended Monday night) in fourth place on this year’s top 10 list last month, it was a leap of faith, however small; impressed though I was at the show’s sophisticated approach to themes and to its darkly comic escalation of situations, I had no way of knowing how it’d turn out, while other shows I admired but had placed it above had completed their runs for the year.

I shouldn’t have worried, but not because Fargo stayed good in the exact same ways it had been. Indeed, late-season shifts in storytelling proved the show’s flexible mastery of its own ideas. Fargo, in its final moments, proved its power to stun the viewer through the nuances of the world it had built, not through anything so simple as a plot twist.

The most important part of the finale was what it didn’t show. The aliens, whose presence at the site of the shootout in the season’s penultimate episode caused controversy among the show’s hardcore fans, appeared only as an inside joke between those who’d witnessed them. Ted Danson and Patrick Wilson’s characters, in a warm and ambling conversation agreed to leave them off the police report of the incident; some things are better left unsaid.

The aliens can be read many ways; to this viewer, their presence was both a delightfully adventurous touch of overzealous imagination by the show’s writers and a continuation of the show’s underpinning themes of 1970s paranoia. But much though I might have loved to see flying saucers again, their appearance-then-disappearance was in keeping with a show that’s more interested in stating the mysteries of the universe than acting as (heaven forbid) an explainer. Where’d the aliens go? Who knows? One might as well ask: Why is the Gerhardt family so passionately driven to kill? Or ask: What specific amalgam of personal trauma and simple ignorance led Peggy (Kirsten Dunst) to set the season’s events into motion by so wildly mishandling a simple car accident?

None of these get answered, though Peggy tries valiantly to explain herself, getting snared in the fact that she doesn’t, herself, understand her own emotions. The feelings that tend to burn through Fargo‘s combination of good manners and late-1970s “malaise” are the baser ones: The will to dominate, say, as so many bad actors did all season. But so, too, did love. The only mystery the finale answers satisfyingly is what Hank Larsson’s (Danson’s) alien-inflected hieroglyphic system was all about; it turns out, he tells his daughter and son-in-law, that he wanted simply to find a universal language in order to get past the strife that forces man to kill man.

It’s a worthy goal, but peace begins at home—at least for now. Fargo also, in ending its season with a major couple still alive and together, spared heartbreak in a way that actually meant something. All season, it had been hinted at that Betsy Solverson (Cristin Milioti), the wife of Wilson’s police officer, would die; after all, she’s not there in season 1, which follows her family later in life, and she’s been diagnosed with cancer. Indeed, at the episode’s start, she dreams of the future, a time when her family gathers without her; the dream becomes a nightmare when forces of chaos threaten what she calls “the future I’d seen… Magical, filled with light.”

That we don’t see chaos rip this dream apart is serving the fans, perhaps, but it’s also serving the idea that, even if entropy reigns, not everything is falling apart at the same time. Over the course of its second season, Fargo continually upped the stakes before letting all the air out of the balloon in an ending that was astoundingly sedate. Characters were given simple peace and quiet. For Peggy, it was an unimaginable and uncomfortable place to finally have to reckon with herself and what she wants; for the power-hungry Mike Milligan (Bokeem Woodbine), given a desk job after succeeding as a mob enforcer, it was the ultimate punishment; for the Solversons, it was a reward for enduring the nightmare of other people’s ambitions all season. In its final, quiet moments, Fargo‘s second season secured the show’s place as the top drama of the post-Mad Men era. 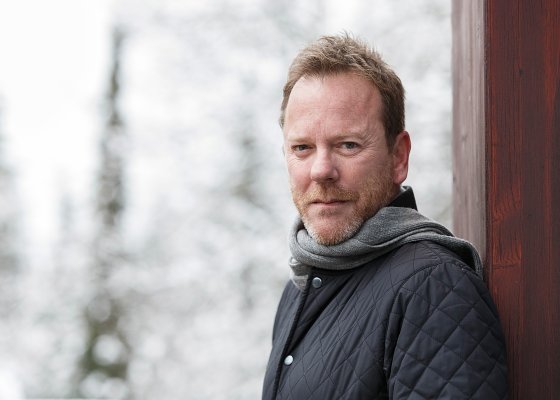 Kiefer Sutherland to Play President in New ABC Series
Next Up: Editor's Pick