Chicago Police Commander Glenn Evans, who was accused of shoving his gun down a suspect's throat and pressing a stun gun to the man's groin in 2013, leaves the Criminal Courts Building in Chicago on Dec. 14, 2015.
Brian Jackson-AP
By Melissa Chan

A Chicago police commander accused of shoving a gun inside a suspect’s mouth while holding a Taser to his groin has been acquitted of felony charges.

Glenn Evans, 53, was found not guilty of aggravated battery and official misconduct on Monday by a Cook County Circuit Court judge, the New York Times reports.

The police commander then allegedly stuck his gun inside Williams’ mouth and pressed a Taser against the man’s groin. Evans was charged in August 2014, the Times reported. 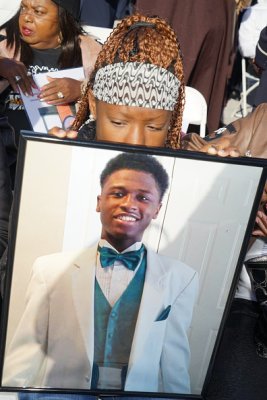 Feds to Probe Fatal Police Shooting of Tennessee Teen
Next Up: Editor's Pick