This Suffix Is Merriam-Webster's 2015 Word of the Year

The editors of Merriam-Webster found that three little letters kept appearing at the end of words their users were looking up in 2015: –ism.

And so for the first time since the American dictionary maker began declaring a “word of the year” in 2003, the company announced Tuesday that this year’s choice is a suffix, one of the most productive and underappreciated parts of speech.

People were also turning to the dictionary this year to get a better handle on terms such terrorism, which spiked after tragedies tore apart towns like San Bernardino, Calif., as well as fascism, which saw a spike after presidential candidate Donald Trump suggested that the U.S. ban all Muslims from entry “until our country’s representatives can figure out what is going on” in the wake of such attacks.

Stories about police violence, student protests on campuses like the University of Missouri‘s, as well as the murder and forgiveness of Christians in Charleston, S.C., had people searching for the meaning of racism.

Feminism was propelled by the likes of transgender icon Caitlyn Jenner (a runner-up for TIME’s “Person of the Year”), female presidential candidate Hillary Clinton and comedienne Amy Schumer.

And, the editors note, some non-ism entries also had a pretty spectacular year, especially minion, a word that 500 years ago referred to the favorites of princes and can now be defined as “animated underlings of unclear gender, esp. yellow ones that speak an incomprehensible (yet adorable) pidgin and are prone to shenanigans.”

“These words reveal our curiosity and our engagement,” said Merriam-Webster editor at large Peter Sokolowski. “We’re looking at the news through the prism of vocabulary. A definition can be the beginning of reflection. This year, we’ve certainly had a lot on our minds.”

Merriam-Webster’s selection comes after Oxford’s, which this year for the first time selected an emoji as their “word of the year,” and Dictionary.com’s, which announced identity as their pick on Dec. 8. Still to come is the choice made by the American Dialect Society, a group of linguists and languages experts that started the whole tradition 25 years ago. 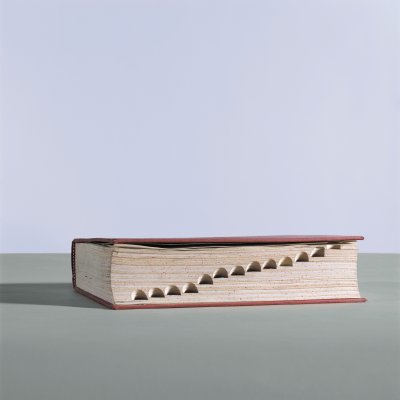 This Is Dictionary.com’s 2015 Word of the Year
Next Up: Editor's Pick