Jennifer Lawrence: It's 'Too Soon' for Hunger Games Prequels

Jennifer Lawrence isn’t on board with the idea of a series of Hunger Games prequels, revealing that she believes it’s “too soon” to revisit the world that produced Katniss Everdeen.

“I wouldn’t be involved,” Lawrence told Variety at the premiere of her new movie, Joy. “I think it’s too soon. They’ve got to let the body get cold, in my opinion.

The news comes just one week after Lionsgate vice chairman Michael Burns implied that the studio is considering the possibility of Hunger Games prequels.

“The one thing that kids say they missed [from the Mockingjay films] was there were no arenas,” said Burns, speaking at the UBS Global Media and Communications Conference in New York last week. “If we went backwards, there obviously would be arenas.”

The last film in the franchise based on Suzanne Collins’ best selling novels opened at $103 million and has earned $244 million in the three weeks since its release — impressive totals but the lowest financial figures of the series. And though Lawrence may need a break from Katniss’ bow and arrow, director Francis Lawrence seems ready to resume work on the franchise.

“The interesting part of the story for me is to go back 75 years earlier and see how everything became the way it is,” Lawrence recently told EW. “I’m sure if [author] Suzanne [Collins] were to get inspired and decide there’s another story that’s important for her to tell that exists within the world of Panem and whether about the Dark Days, another character, or another set of Games, whatever that could be, I’m sure it would be great. And I’d loved to be involved, absolutely.” 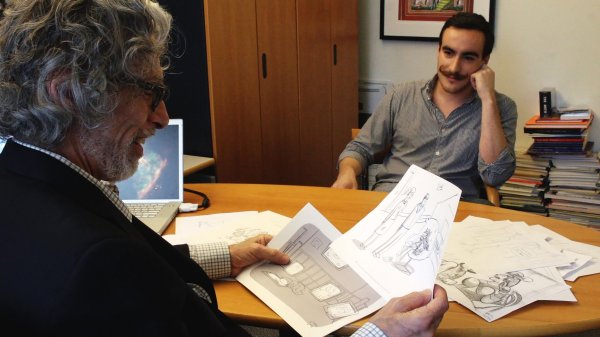 How to Get a Cartoon in the New Yorker in 7 Simple Steps
Next Up: Editor's Pick