The pop star posed for a photo with her Australian doppelganger Friday night during a 1989 concert in Melbourne. Daily Mail Australia reports that ever since Olivia “Liv” Sturgiss got her hair cut to look more like the pop star, the 19-year-old from New South Wales has been getting mistaken for the singer on the street. And now, through the Twitter hashtag #noitsliv, word about the striking resemblance has spread.

Sturgiss claims that the pop star saw one of her Tumblr posts, which asked if she could meet the recording artist at a Melbourne concert and noted that her mother died of cancer recently, since Swift revealed her mother has cancer in April. Backstage, Sturgiss said the two bonded over their moms’ cancer battles and then had a laugh over how much taller Sturgiss was than Swift, who claimed she wasn’t wearing heels due to an ankle injury, the doppelganger told Daily Mail Australia.

“It was the greatest moment of my life,” Sturgiss wrote on Tumblr.

See how similar she looks to Swift: 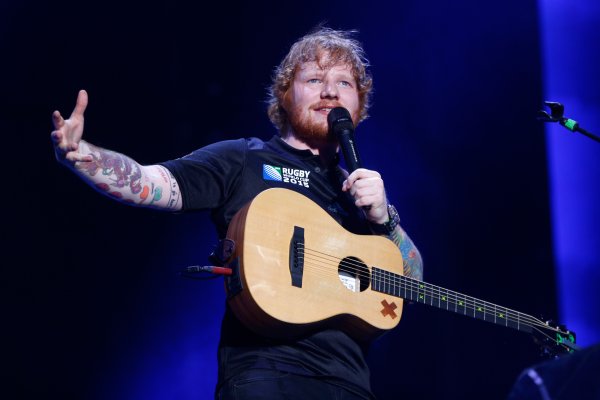 Ed Sheeran Takes a Break from Social Media
Next Up: Editor's Pick