A third System Shock game exists. I can’t believe I’m typing those words, and better still, key original series team members are coming back to make it so.

Yes, we already pretty much knew that System Shock 3 was going to be a thing after studio OtherSide teased a site with a countdown timer last week that was promptly hacked to reveal the phrase “System Shock 3.” Well, OtherSide just sent out a press blast confirming it is indeed at work on the game, with a subject line that says it all: “SHODAN returns in System Shock 3.” SHODAN, if you’ve never played these games, is the series’ maleficent A.I., apparently undeterred at the close of System Shock 2.

If you don’t count the BioShock games, dubbed spiritual successors to the original cyberpunk System Shock duology, we’ve been waiting over a decade-and-a-half to find out what happens next. The original System Shock was about a hacker conscripted to free an A.I. dubbed SHODAN that goes rogue. Developed by famed studio Looking Glass Technologies (eventually Looking Glass Studios), it debuted on MS-DOS PCs in September 1994. System Shock 2, a narrative sequel jointly developed by Looking Glass and Irrational Games (the latter went on to develop the first and third BioShock games), arrived five years later in August 1999.

Looking Glass founder Paul Neurath as well as System Shock 2 senior artist Nate Wells and lead concept artist Robb Waters (for both games) are involved with the sequel, and you can see Waters’ reconceptualization of SHODAN in that spooky shot above. If you visit the teaser site and turn up the volume, yes, that’s original series actress Terri Brosius reprising her role as the nightmarish artificial intelligence.

OtherSide Entertainment formed last year, rounding up veteran Looking Glass Studio members and billing itself as an outfit “focused on rebooting classic game franchises.” Its first project, currently underway, is an Ultima Underworld followup dubbed Underworld Ascendant — a first-person dungeon-delver crafted in the spirit of Origin Systems’ original series. [Update: The original story stated Underworld Ascendant isn’t a direct sequel to the prior Underworld games, which was incorrect: OtherSide confirms that it in fact owns the publishing rights to the Ultima IP, just not the trademark. Thus it can create full Ultima sequels, only without the Ultima name.]

The studio says it secured exclusive rights to make sequels to the System Shock series years ago, but not the right, crucially, to use the name in a sequel. That came about only recently, in partnership with Night Dive Studios, which currently owns that trademark. (Night Dive recently released an enhanced version of the original System Shock.)

I assume System Shock 3 won’t be along until 2017 (or later), so everyone hurry up and wait: OtherSide describes the sequel as “currently in the early concept stages of development.” And it’s not clear if it’ll involve crowdfunding at some point, as Underworld Ascendant did and continues to, or whether that’ll weigh on it rolling forward (though I can’t imagine it not making whatever funding threshold OtherSide might care to set, given how beloved the series is).

But at least it’s happening. We’ll have a better sense for what OtherSide can bring to the table when Underworld Ascendant arrives late next year. 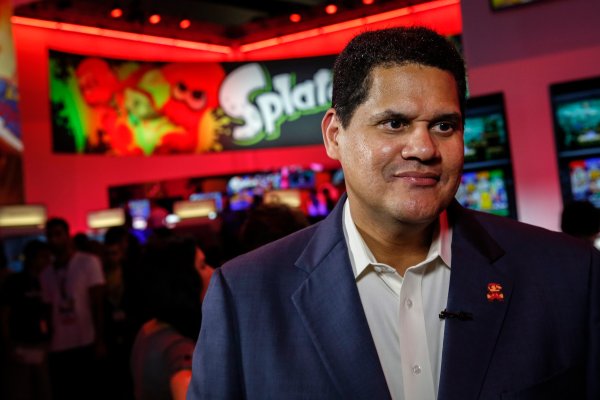 5 Things We Learned From Nintendo of America President Reggie Fils-Aimé
Next Up: Editor's Pick