Temperatures in Chicago have been unseasonably high recently, but when the WGN 9 team interviewed a local runner during a weather report, they turned up the heat even more.

The station pulled Ethan Renoe aside after they spotted him out for a run on Sunday. When reporter Tahman Bradley asked him why he wasn’t wearing a shirt in the pouring rain in mid-December, he responded, “Too wet to wear a shirt, you know?”

Renoe then seized the opportunity to make an announcement about his relationship status: “I’m also single.”

The WGN TV Facebook page was flooded with over 3,500 comments after the network posted the clip from the broadcast. The video has since gone viral, being viewed over 1.3 million times, and receiving roughly 17,000 likes and 9,000 shares to date. 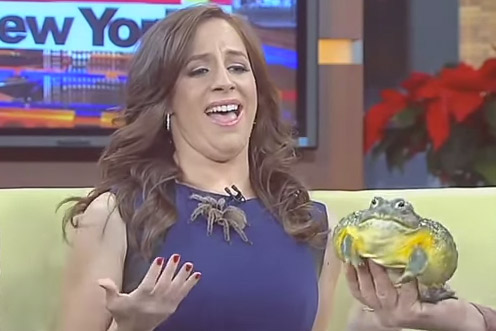 Watch the Best News Bloopers of 2015
Next Up: Editor's Pick