The seventh installment in the iconic film saga has to rake in over $1.5 billion to be considered a success, and the load of the daunting task is weighing on Abrams, Spielberg said in a 60 Minutes interview.

“Oh, J.J. is terrified,” Spielberg said. “There’s a lot of pressure on J.J. to start paying Disney back for, you know, the franchise they bought from George Lucas.”

Disney bought Lucasfilm in 2012 for $4 billion just as a new Star Wars trilogy was being planned.

Spielberg also said he recommended Abrams to be the director of the latest film because “he just reminded me of a cartoon character that was so full of magnetic energy and ideas coming out of him.”

The Force Awakens hits theaters on Dec. 18. Fans have already bought over $50 million in advance tickets, according to 60 Minutes.

Abrams said the highly anticipated film is “not a movie.” “It’s bigger than all of us. It’s almost a religion for people,” he said. 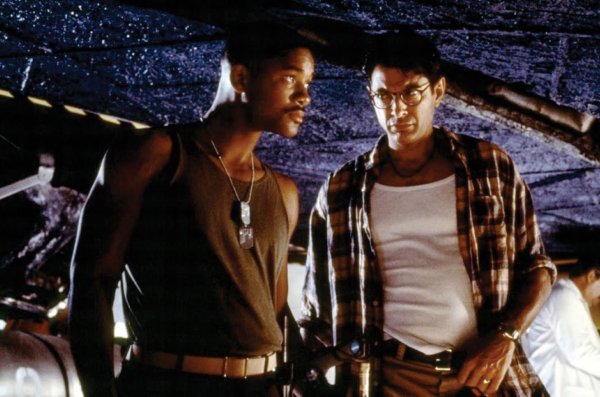 Here's Why Will Smith's Character Won't Be in Independence Day: Resurgence
Next Up: Editor's Pick