The last British resident held at Guantanamo Bay has compared the U.S. military facility in Cuba to the fictional prison in Harry Potter where creatures suck the happiness out of criminals.

Shaker Aamer, 48, spoke out about his nearly 14-year stay in Guantanamo Bay in his first TV interview since returning to his family in London in October, saying the prison was like Azkaban in the popular book series, according to the Independent.

“The closest thing for my mind is [a] Harry Potter story. They got an island in Harry Potter, it says ‘Azkaban,’ where there’s no happiness and they just suck all your feelings out of you, and you don’t have no feelings any more,” he told BBC’s Victoria Derbyshire. “And truly that’s how I felt all the time. Because that’s what they tried, you know. They want to make you feelingless. They want to deprive you from everything, anything.”

The Saudi-born Aamer also said he was regularly beaten, doused in freezing water and hog-tied in the facility “built on how to destroy a human,” NBC News reports.

Aamer urged President Barack Obama to shut down Gitmo. The White House in July said it was drafting a plan to finally close the military prison. 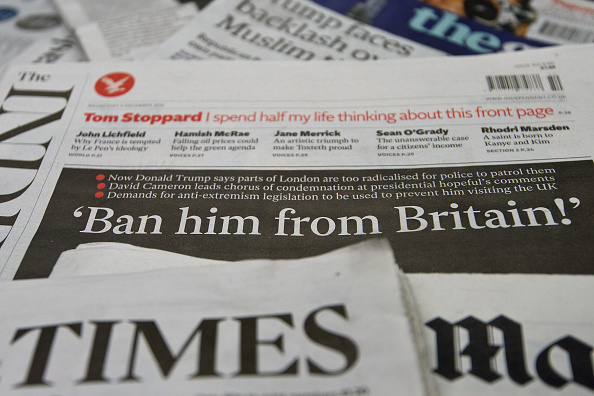 Petition to Ban Donald Trump Is the U.K.'s Most Popular Ever
Next Up: Editor's Pick