Lots of professional photographers say the best camera is the one you’re carrying. If that’s true, then millions of iPhone users are packing some excellent videography gear everywhere they go.

But carrying around your iPhone and actually capturing great imagery with it are two different things entirely. Want to be the next J.J. Abrams? Cut some scenes using these five iPhone movie-making tips.

1. Invest in gear to improve your shots

While the iPhone’s convenience makes it great for capturing just about any moment, adding some hardware to your handset will result in more polished shots. The $59 iKlip Grip helps to stabilize a shot by giving videographers something to hold. It can also serve as a tripod, so you can even get in the shot.

But the iKlip’s short little legs are no match for the extendable stems included in Apple’s $299 Videography Kit for iPhone 6. Consisting of a Manfrotto Compact Action Tripod, a MeFOTO tripod mounting adapter, a Shure digital mic, and an Olloclip lens (all wrapped in an Incase tripod sling), this setup is everything you need to be a Coppola-on-the-go. But the Olloclip is hardly the only lens in town. Moment has both wide and telephoto lenses ($99 each) that screw onto a slim mounting bracket, making your phone not only look great, but make videos appear polished and distinctive.

2. Learn your iPhone’s features and settings

Point and shoot? Sure, you can do that. But there’s better tech in your iPhone than in the first spacecraft to land on the moon, so why not shoot for the sky? Every iPhone model is different, and every new model improves the camera. For instance, the newest model, the iPhone 6s, has made many improvements, including the ability to shoot ultra high-res 4K video.

But if you don’t have a 4K television or computer display, you may want to turn this feature off, since it will quadruple the space that your videos take up on your phone. The iPhone 6s Plus also offers optical image stabilization — an important addition that helps smooth out the jittery shots that are typical of hand-held cameras, especially in low light.

There are apps aplenty for the iPhone, and not surprisingly many of them tap into the handset’s great camera. But the Camera app that comes with the iPhone is the one used most often because it’s there from the get go. It’s pretty basic, but there are some tricks to learn. For instance, the fastest way to open Camera is from the iPhone’s lock screen itself. When your iPhone lights up, at the bottom right of the lock screen you’ll see a camera icon — push that up to the top like a window shade, and you’ll automatically be catapulted into the Camera.

Though Camera is a bare-bones app, it’s all you need to capture the scene ahead of you. Capturing regular video, slow-motion scenes, and time lapse imagery, Camera does almost everything you’d need. Continuous auto-tracking keeps subjects in focus automatically. And like many other apps, pinching zooms in on the image you want to record. Another great feature is how light levels can be adjusted on the fly—simply touch the screen and drag your finger up or down to make the image lighter or darker.

Videographers looking to up their moviemaking game might want to upgrade to the $4.99 MoviePro. Expert-level features like audio metering, adjustable mic volume, manual focusing, and programmable settings make it worthwhile for cinematographers who want to master their shots.

The difference between a movie and a film is all in the editing. Anyone can shoot a video, but taking the time to edit it afterwards is what makes it great. Apple’s in-house movie editing app, iMovie is a solid, easy-to-use way to crop long takes and stitch together multiple scenes.

But when push comes to shove, the $4.99 app is all about inserting transitions (those stylish fades and dissolves between scenes), which is great, but there’s so much more to editing. For instance, Best of 2015 app Videoshop ups the ante (for just $1.99), letting user add music, sound effects, and voiceovers, as well as create slow, fast motion, or even reversed videos. Like iMovie, you can also add graphics or apply filters.

For people who don’t have the time to stitch together a bunch of shorter clips, RealTimes will do it for you in the background. The free app will scour your camera roll, curating a collection of photos and ready-to-watch clips, automatically cropped, filtered, and framed for your viewing (and sharing) pleasure.

All of the above apps can share footage to your favorite social networks and photo/video-sharing sites in a snap. But there are other ways to share your videos that you may not have thought of. For instance, about as long as the Internet has been around, people have enjoyed a good GIF. Giphy Cam lets you make your own short, looping videos by pulling media off your camera roll or capturing a fresh take straight from your camera. Meme it up with a confused Vincent Vega, 8-bit sunglasses, or a bunch of unicorns and rainbows and you have a modern masterpiece.

For a more serious take on sharing, Periscope, Apple’s App of the year, will livestream your video feed to the huddled masses of the Internet. It’s more about breaking news and hot takes than high art, but it’s an interesting way to share your memories nonetheless. Is your daughter competing in the figure skating national championships? Periscope that scene and save grandma the cost of a cross-country flight. It’s worth noting, however, that this is the one of the only times you should shoot video with your phone positioned upright. Streaming video services like Periscope were made to be watched on phones, so a portrait-oriented shot is fine. But all other video should be shot sideways, because that’s how computer, television and movie screens are set up.

And speaking of television, Storehouse a great, free photo and video sharing app, and it has an excellent Apple TV app, which makes it a joy to watch home videos at home again. A stylish collage of your best memories, Storehouse mixes photos with videos to save every angle of a memory. And isn’t that the point of all these recording options, anyway? 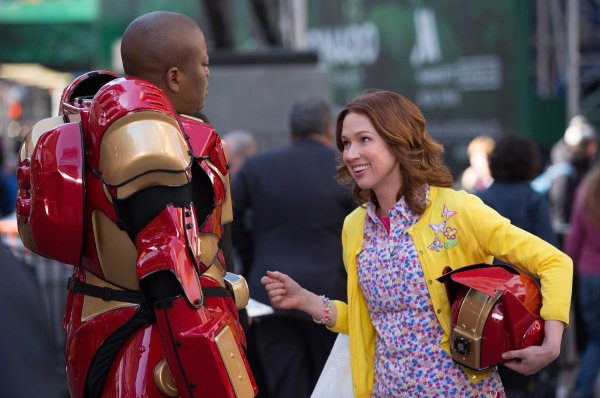 This Is the Smartest Netflix Trick We've Ever Seen
Next Up: Editor's Pick