Selfies have become so abundant that they’re now classified into subgenres. Farmer selfies are “felfies.” Selifes of one’s butt are “belifes.” And now a new app lets bibliophiles share pictures of their bookshelves—or “shelfies”—while getting some free or discounted e-books and audio books in the process.

The app, called Shelfie, announced on Monday that they’ve added audiobooks to a bundling scheme that could increase the value of all those old paperbacks buried among your attic relics.

A tipsy barroom debate over the existence of free will led Shelfie founder Peter Hudson to wonder why he couldn’t get free electronic copies of the books he had already shelled out for in analog form. His foe in the debate asserted, but could not prove, that crucial evidence was on page 750 of a paper book he owned at home. “You’ve got to be able the get a digital copy, like you can with a CD. You just put it in your computer, iTunes rips it, you’ve got it on your iPod. That’s got to exist for books,” Hudson says of that revelation. “But it turns out it didn’t.”

After hundreds of soul-sucking cold calls and emails, Shelfie got its first publisher to sign on in 2013. Two years later, Shelfie has brokered deals with nearly 1,200 publishers—including industry bigwigs Macmillan and HarperCollins—and Hudson says that they now have e-book bundling deals for about 250,000 titles, which covers about 15% of the average bookshelf. As of Monday, Shelfie will also have audio book deals for 20,000 titles, including hits like Scholastic Audio’s Hunger Games and HarperCollins’ American Sniper by Chris Kyle.

Here’s how it works: Download the app and take a picture of your bookshelf. Wait as Shelfie’s in-house recognition technology reads your wrinkled old covers and identifies which books you own. Then review the deals they have for your “eligible books,” which were two out of about every 15 on my shelf. If you want to claim a deal, write your name on the copyright page to prove you own it, and then upload your evidence. Finally, receive an email that contains digital files compatible with the Kindle and other e-readers. Or, if you’re opting for an audio book, just listen through the Shelfie app.

About 30% of the time a publisher will offer a free digital version of your paper book. The rest of the time, they’re just really cheap deals, about 80% off what you’d pay buying the same ebook for your Kindle on Amazon, Hudson says. Some publishers have signed on simply because they believe that consumers are buying content these days, not the vessel that it’s in. But there are potential business upsides, too.

“By bundling, we hope we can make additional money on the same transaction,” says HarperCollins Chief Digital Officer Chantal Restivo-Alessi. They also hope to be making better relationships with consumers who don’t typically think very much about which company published whatever book they’re reading. They might be able to sell more books, too. Shelfie ran a pilot with about 20 independent booksellers and found that paper books that carried a sticker saying shoppers could get a free digital version through Shelfie saw a 180% spike in sales.

Most consumers, Restivo-Alessi says, aren’t ditching all their paper books for ebooks or refusing to go digital. “Consumers like a multiplicity of formats,” she says. And deals like this may help move book consumers toward that seamless, multi-platform world where they can read an e-book on the plane, switch to their paper book to indulge in some marginalia and then pick the story back up via audio when they get in their car for the Monday morning commute, before sneaking in a chapter during lunch on their smartphone.

Some noted early adopters, such as investor Marc Andreessen, have uploaded pictures of their bookshelves.
Courtesy of Shelfie

The value of the Shelfie app is only as good as the deals it has brokered with publishers, which still don’t include major players like Penguin Random House. But Hudson says they’re adding more all the time and hopes that the social nature of the app will be another reason to draw users onto the platform. Users can see other people’s shelfies, follow people they like and get ideas for what to read next from people who own some of the same books they do.

“What we’ve done is build an Instagram-style feed,” says Hudson, asserting that the data they have about the spatial proximity of books on people’s shelves is actually better than the data Amazon uses to generate their “customers who bought this item also bought” recommendations. And if you’re just really proud of the books you’ve amassed over your lifetime, there’s really no better, more justified way to show them off. 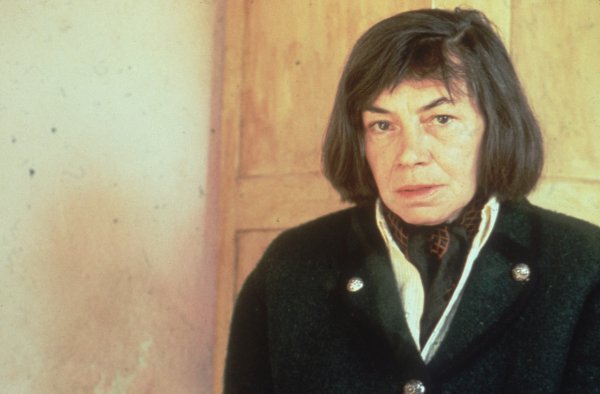 'Carol' and What It Was Really Like to Be a Lesbian in the 1950s
Next Up: Editor's Pick