How the Wall Street-Main Street Divide Affects Your Wallet

The Federal Reserve is very likely to raise interest rates next week for the first time since 2006. What’s different this time around? The divide between Wall Street and Main Street.

As a Bank of America Merrill Lynch research report released Friday shows, the last time the Fed hiked rates, Main Street was doing better than Wall Street, as measured by the work force participation rate compared to an index of weighted returns of both U.S. stocks and bonds. This time around, it’s just the opposite—Main Street and Wall Street have totally diverged, with the work force participation rate at its lowest level since the 70s, and the value of stocks and bonds as high as they’ve ever been over the same time.

What does this mean? Usually when the Fed raises rates, Main Street is thriving, and thus, there’s a risk of inflation growing—inflation goes up when people buy more stuff. And while it’s true that consumer spending numbers have come in stronger recently and wages are up a tiny bit, this is still a puny recovery in the real economy. Not so on Wall Street, which may be one of the key reasons for the Fed’s likely move: to deflate an asset bubble that many believe is due to burst soon. There’s little demand within the working population at large, which still doesn’t have much more money in their pocket, but there’s plenty of bidding up of existing assets. That trend, of money staying within the closed loop of the financial system itself, is the reason that the Fed has to rates hike now, before Main Street is really growing strongly.

The fact that Wall Street and Main Street are so out of line has big implications for 2016 investment strategies. In a world where interest rates are higher than last year, but still quite low by historical standards, and in which inflation will likely continue to be low, investors shouldn’t necessarily be investing in traditional “inflation” plays, like T-bills, gold, or higher growth bonds. Rather, the best place to put your money in the New Year will still probably be U.S. equity markets, particularly multinationals with global exposure that are well hedged against currency and political risk, the U.S. dollar, which will probably rise, and U.S. bonds. That’s a bizarre idea, given that U.S. markets should become less attractive relative to Europe and emerging markets as interest rates rise. But it’s also a sign that little progress has been made on rebalancing the global economy since 2008. Central bankers remain the key players in the markets, having pumped $12.4 trillion in globally since the crisis. The Fed remains premier amongst them. And the U.S., despite its weak recovery, is still the prettiest house on the ugly block that is the global economy.

Get ready for more of what you saw in 2015, albeit with slightly lower stock returns and more volatility. 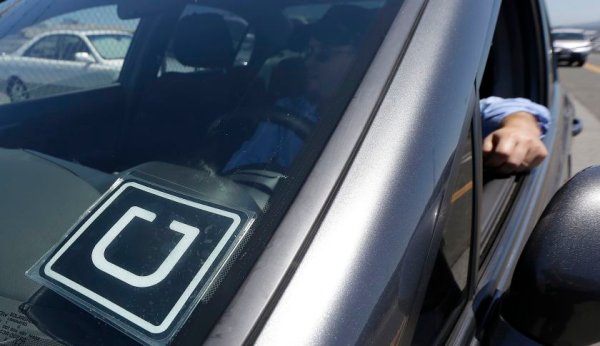 In the New World of Work, Is Uber the Villain or a Hero?
Next Up: Editor's Pick