Don't Give In to Fear on the San Bernardino Shootings

Ideas
By Karl Vick
Karl Vick is a TIME correspondent based in New York. From 2010 to the autumn of 2014 he was the Jerusalem Bureau Chief, covering Israel and the occupied Palestinian territories with occasional forays into other lands.

Would the country be less spooked if Syed Farook had carried a mail bag to his shooting in San Bernardino? Fourteen is also the number of co-workers that a retired Marine and expert marksman named Patrick Sherrill shot dead in Edmond, Okla. on Aug. 20, 1986. Sherrill was a postal worker, and his rampage did a great deal to make the the Post Office synonymous with workplace violence in the 1980s and 90s.

“Going postal” became a shorthand for the kind of psychotic break every American can relate to — it meant losing the ability to sublimate, re-direct or otherwise cope with the stresses of a job. Workplace stress is so much a fact of daily life it amounts to the shared context that’s necessary for a joke to work: “If she asks me that one more time, I may go postal.” But did anyone stop picking up their mail? Yet after San Bernardino more people are more afraid of a terrorist strike today than at any time since Sept. 11, 2001, according to a New York Times/CBS News poll released Friday.

There’s a great deal of fear out there. And a lot of it seems to be fear of the unknown.

The possibility of dying in a terror attack in the United States is, by all measures, vanishingly small — and scarcely worse for an American overseas. The ways you are likelier to die run from car accidents to drowning in your bathtub and, sure enough, being struck by lightning. But then people know how cars and bathtubs work. But how many Americans even know a Muslim?

They’re pretty hard to find; Muslims account for barely 1% of the U.S. population, and many of those are from India or other countries that rarely produce militants. (In fact only 20% of the world’s 1.6 billion Muslims live in the Arab Mideast and North Africa; most Arabs in the U.S. are Christian). Islam may be the world’s second-largest and fastest-growing religion, but in the United States an awful lot of people were introduced to it by Osama bin Laden. And the invasions of Iraq and Afghanistan did not do a lot to aid understanding. But the San Bernardino shootings actually could.

Think about it: Syed Farook and his wife did not kill randomly. They sought out and gunned down the people he worked with. It’s not clear why. Maybe because he didn’t fit in and was mocked behind his back or to his face. Maybe for reasons known only to him.

But until Facebook produced the wife’s declaration to ISIS on her timeline, the massacre was sizing up as a red-blooded, solidly American crime, firmly in the tradition of sudden, terrible violence that, though it may sicken us, we know what to do with. We make movies about it: Michael Douglas played a middle manager going postal in 1993’s Falling Down. Every neighborhood in this great land has a loner who keeps to himself. Few of us are unacquainted with the ideologies that led young Dylann Roof to the basement of the church in Charleston, or Timothy McVeigh to the Ryder Truck rental counter. Life is great but life can be hard, too, and lonely. And nothing is more fragile than mental health. People drift, break down, find a niche or enabler — maybe white supremacy, maybe ISIS — that addresses their peculiar needs, or their pathology. A few snap.

If the search for religious extremism had not borne fruit in San Bernardino, might cable news today be interviewing experts on new-baby stress? The shooters after all had a six-month old, and caring for an infant in the isolation of an American suburb — which can be as lonely as a SuperMax — brings an array of unrelenting stresses that would bring nods of understanding from parents everywhere. It’s a matter of what you know. Of familiarity.

And few Americans know Muslims. Perhaps that’s reason enough to welcome into this land of immigrants the Syrians, Iraqis and others who are fleeing places that actually are quite dangerous. It might help Americans understand that there’s living in fear, and then there’s living in the United States. That’s something not only for those seeking refuge to consider. It’s also a thought for those who already live in considerable safety but allow themselves to feel as though they don’t — or are led to believe as much by those who purport to lead them. 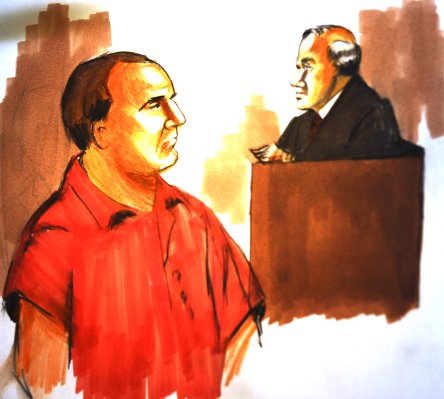