Every Tuesday, New Yorker cartoon editor Bob Mankoff sits in his office as cartoonists pour in and out with their latest work. No appointment is necessary, so Mankoff sees about 1,000 single-panel cartoons each week. Around 15 of them make it into the magazine.

Director Leah Wolchok’s documentary Very Semi-Serious, which airs Dec. 14 on HBO at 9 p.m., explores the world of Mankoff, the cartoonists whose work he publishes and the ones who came before them. The film examines not only what makes a cartoon work—immediacy, freshness, an unexpected perspective—but also what makes the cartoonists themselves tick, and how they keep going in the face of near constant rejection. (As Mort Gerberg, who has sold hundreds of cartoons to the New Yorker, says on his way into Mankoff’s office, “I’m going into the magazine for my weekly humiliation.”)

Though landing in Mankoff’s yes box is more of an art than a science, there are patterns to be gleaned from the cartoons that land there. Here are seven tips for getting a cartoon in the New Yorker:

Look at the world around you as if you were an alien. “Cartoons either make the strange familiar or the familiar strange,” Mankoff explains in the film. If you were to put yourself into the shoes (or comparable footwear) of an alien who had just landed on Earth, what would seem strange? The answer is likely everything—which is probably why the magazine has been able to publish cartoons for 90 years without running out of material.

Have a tough childhood. Perhaps this isn’t something over which an aspiring cartoonist has much control, but it is something many successful ones have in common. Replace “rough” with “lonely,” “awkward,” or any other indicator of recesses spent on the playground getting teased, and you may be primed for a career in cartooning. For Emily Flake, one of the cartoonists featured in the film, growing up a “tubby bespectacled mess” forced her to look at the world differently. It fueled her work to the point that now, happily settled in her adult life, she sometimes worries about where she might find the material for her next cartoon.

Know your audience. As Flake explains it, for better or for worse, the New Yorker is a white establishment publication, and much of her work gently lampoons exactly the sort of person who would subscribe to it. Someone, for example, who drives a hybrid car and drinks fair-trade coffee and eats only pampered, free-range, grass-fed beef. The more seriously a segment of the population takes itself, the more primed it is for mockery. A New Yorker cartoon can simultaneously ridicule a person and give that person permission to laugh at him- or herself.

Don’t beat a dead horse. “Vampires are over,” Mankoff says, tossing a prospective cartoon aside. And later: “People hate mimes.” The point here isn’t to avoid vampires and mimes at all costs, but to pay attention to cultural trends and steer clear of the ones that are trending downwards. Reading back issues of the magazine and noticing a bevy of cartoons about clones is a good indication that a joke about clones won’t be received as fresh, or particularly on-pulse. It’s probably best to avoid cartoons about beating dead horses, too.

Don’t make your audience work too hard. Very Semi-Serious follows an aspiring cartoonist, Liana Finck, in whose work Mankoff recognizes an amusingly strange perspective. But many of the cartoons she shows him early on require too many steps to piece together a punchline, or sit too firmly in her quirky brain to be accessible to someone on the outside. It has to be “immediate, visual and comic,” Mankoff explains. If a reader has to sit for thirty seconds and puzzle over the cartoon, it’s already too complicated.

Get a day job. Decades ago, it wasn’t unheard of for a cartoonist to make a living from selling cartoons. Lee Lorenz, who has published nearly 2,000 cartoons in the New Yorker and served as both the magazine’s art editor and cartoon editor, explains that when he was beginning his career, the New Yorker was just one of many magazines that published cartoons. Between Esquire, Look, Playboy, and the Saturday Evening Post, a freelance cartoonist had enough outlets for his (yes, in those days, his) work to bring home enough to pay the rent. Now, the majority of contributors, even if they contribute regularly, get a paycheck from some other gig or combination of gigs. There are too few outlets for their work, and too much competition to guarantee regularity.

Have an unmistakeable voice. Cartoonists who aim to publish their work in the New Yorker should aspire, above all, to have a distinctive style. Look at the work of Roz Chast, for example, who has been publishing in the magazine since the late 1970s, and everything from the expressions on her characters’ faces to their particular set of neuroses could only be drawn from the mind of Chast. A successful cartoonist will reveal her personality, bit by bit, as her oeuvre unfolds. 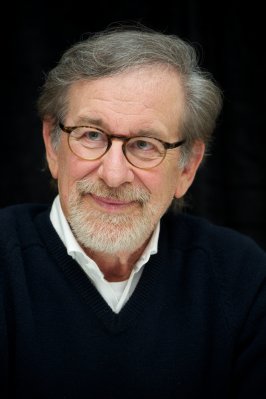