Two police officers in central Louisiana have been indicted by a grand jury on murder charges in the shooting death of a 6-year-old boy after they opened fire into his father’s car.

The officers, who are both Marksville deputy marshals, are accused of fatally shooting Mardis and critically wounding his 25-year-old father Christopher Few after a pursuit in November. The boy was killed after being shot five times in the head and chest, the Avoyelles Parish coroner said. 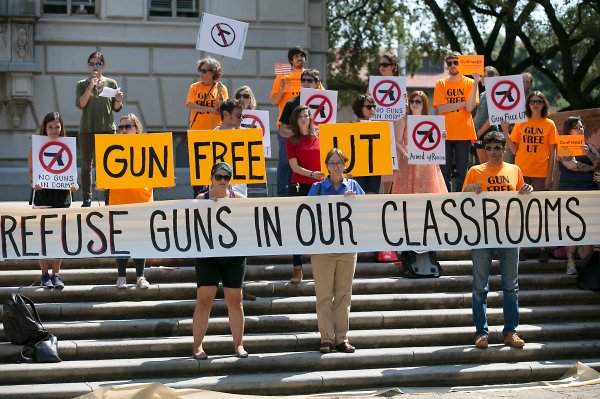 University of Texas Task Force OKs Guns in Classrooms
Next Up: Editor's Pick