Before and after of removal of the Trump International Golf Club portion at the AKOYA by DAMAC development in Dubai on Dec. 10, 2015.
Ahmed Jadallah—Reuters
By Alexandra Sifferlin

A property development company based in Dubai has removed images of Donald Trump from a construction site.

DAMAC Properties had previously said it would stand by the Republican presidential candidate despite his proposal of a ban on Muslims entering the United States. However, on Thursday billboards at a golf complex the company is building with Trump were stripped of his image, Reuters reports.

A billboard at the property, which had previously featured a photo of Trump golfing and a separate photograph of his daughter Ivanka, were stripped of the images. Reuters also reports that gold lettering that spelled out “Trump International Gold Club,” at the entrance were also removed.

The news came as Trump postponed a trip to Israel amid massive criticism about his proposed ban. 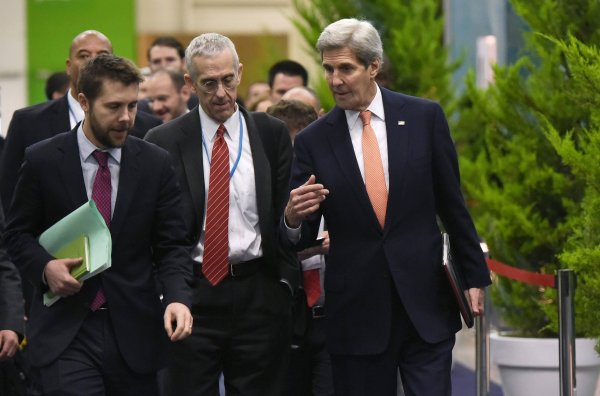 What's Holding Up the Paris Climate Change Talks
Next Up: Editor's Pick