1 Big Way Future 'Hoverboards' Will Be Even Cooler

A rider on a hoverboard, which are also known as self-balancing scooters and balance boards, in Knutsford, England, Oct. 13, 2015.
Christopher Furlong—Getty Images
By Lisa Eadicicco

The self-balancing scooter, or “hoverboard,” seemingly came out of nowhere to become 2015’s most viral product. But one of the most popular brands making these two-wheeled balancing boards, IO Hawk, sees them as more than just a fad.

What’s next for IO Hawk? The company is currently working on a new hoverboard that will be able to connect to the Internet, company president John Soibatian tells TIME. The idea, he says, is to have the hoverboard serve as a wi-fi hotspot. Soibatian says that would help users reach their emergency contacts if their phone is out of juice, perhaps via a button that would send an SOS message.

In another use case, a connected scooter could send an alert to your smartphone letting you know the battery is about to run dry.

“[There are] a whole slew of things that cellular functionality can add to,” hoverboards, says Soibatian.

These ideas are still in their early stages; an Internet-connected model likely wouldn’t launch until late 2016 or early 2017 at best. Among the biggest obstacles so far: Battery life. Soibatian says that IO Hawk is looking into ways to add cellular connectivity without significantly draining the scooter’s battery.

Batteries are proving to be a headache for hoverboards in general. Some cheaper models are raising safety concerns over their batteries’ tendency to overheat and explode. In some cases, exploding hoverboards have been blamed for starting major house fires. Several major airlines, including British Airways and Delta, have banned hoverboards over fears of on-board explosions. Soibatian said in a previous interview with TIME that some of his company’s rivals use cheaper and potentially dangerous batteries to cut costs. 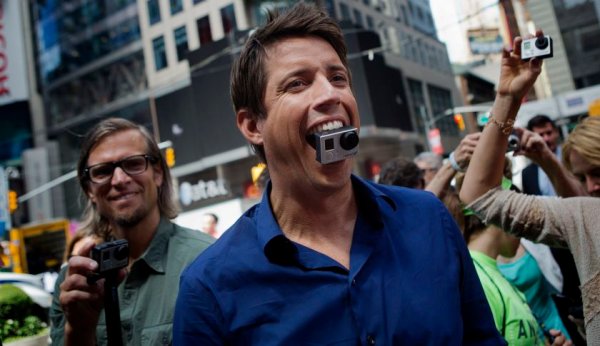 GoPro Just Released a Sneak Peek of its First Drone Coming Next Year
Next Up: Editor's Pick