Citadel Military College is investigating recently surfaced photos of cadets donning white pillowcases over their heads with eyes cut out — costumes that look similar to the hoods worn by the Ku Klux Klan.

The school says it’s investigating the incident and is in the process of suspending the cadets who were involved.

The controversial photos came to light after they were posted to social media. Local TV station WCSC reports that the pictures came from screenshots of a video sent over Snapchat.

“A social media posting, which I find offensive and disturbing, was brought to my attention this morning. It shows an upper class cadet in front of seven cadets with pillowcases over their heads,” Lt. Gen. John Rosa, the president of the college said in a statement. “Preliminary reports are cadets were singing Christmas carols as part of a ‘Ghosts of Christmas Past’ skit. These images are not consistent with our core values of honor, duty and respect.”

A university spokesperson told the Associated Press that there is currently no indication that the scene was part of hazing. Seven of the students were freshmen, and the one student who was visible and not wearing the all-white outfit is an upperclassmen. 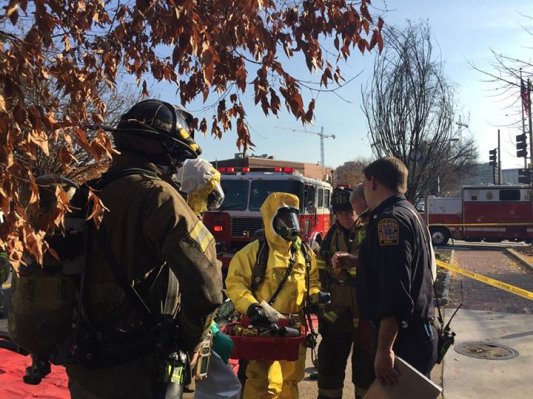