Women Now Have As Many Miscarriages As Abortions

Pregnancy rates and abortions are both the lowest they’ve ever been since the CDC’s National Center for Health Statistics began keeping track, according to a new federal report published today.

Statisticians analyzed the latest available data on rates of pregnancy, abortion and fetal loss (miscarriages) from 2010 to get a better picture of reproductive trends.

The new report found that in 2010, both the pregnancy rate and abortion rate fell to record lows since 1976. Miscarriages and abortions also evened out; of the pregnancies in 2010, 65% resulted in live births, 17% were miscarried and 18% ended in abortion.

“Much has been written about the birth rate, and much about the abortion rate, but a lot are shown separately,” says report co-author Sally Curtin, a statistician with the National Center for Health Statistics. Analyzing the numbers together helps put them in context.

MORE: Abortions In The U.S. Continue To Decline

“If we put abortions in context, you can see that in a given year, the numbers of abortions, which is 1.1 million, is about the same as fetal loss,” Curtin says. “It used to be very different, if you look back; the number of abortions in 1976 was almost twice that.”

Compared to 1990, when these numbers were last tracked, pregnancy rates were lower for women under age 30—especially for teens 14 and under, who saw a 67% reduction. Teenagers 15-19 had a 50% reduction in pregnancy rates. But women 30 and over saw a rise in birth rates, and women 40 and over saw a 70% increase (although the actual numbers for them were much lower than the other groups.) Racial gaps also narrowed between black, Hispanic and white women.

MORE: The Teen Birth Rate Is At An All-Time Low

The study wasn’t designed to determine cause, so the authors won’t speculate on reasons for the drops. Still, it’s helpful to observe the downward trends in most of the numbers. “The beauty of the report really is that it presents a comprehensive picture of fertility,” Curtin says. 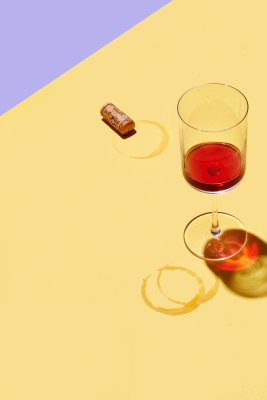