These Are the Disagreements Holding Up Paris Climate Change Talks

Less than 24 hours remain before negotiations in Paris aimed at crafting the world’s most significant agreement to address climate change are scheduled to close. The draft agreement now measures just less than 20,000 words, down from nearly 35,000 last month, as negotiators have whittled down their options, according to a site tracking the fine print of negotiating progress.

But, despite the progress, many key areas of disagreement remain. These are the issues negotiators will wrangle with in Paris over the conference’s final hours:

How Much Responsibility Should Developed Countries Have?

World leaders have agreed since efforts to fight climate change began that developed countries have greater responsibility to tackle climate change than their developing counterparts. The United States and European Union alone had emitted more than half of the total carbon emitted up to the turn of the century, contributing far more to global warming than their developing country counterparts, according to a World Resources Institute report.

So the question of whether developed countries need to do more than their developing counterparts is not up for debate, but there are differences over what that means. Most fundamentally, the notion of differentiated responsibilities means that developed countries need to stem their carbon emissions much more quickly than their non-developed counterparts. Many developing countries like India would like the notion of differentiated responsibilities to permeate every element of the deal while the U.S. views differentiation as more limited in scope. Seeing India and China agree to strong measures, even if those measures different from those required for developed countries, plays an important role in the U.S. negotiating position. U.S. negotiators need to be able to come home able to argue that the country will not be acting alone.

How Ambitious Should the Deal Be?

Developed countries, including the U.S. and members of the European Union have partnered with the countries most vulnerable to climate change to form a high-ambition coalition calling for an ambitious target to stem greenhouse gas emissions—which means shooting for a lower rise in global temperatures. For years, policymakers have said that the conference should aim to keep temperatures from rising by more than 2 C (3.6 F) by 2100—a kind of red line that scientists have identified. But the high-ambition group is calling for the agreement to make the target 1.5 C (2.7 F).

But notably absent from that high-ambition group are India and China—the two biggest and most influential developing nations. Both countries have expressed concern that an overly ambitious target will eventually mean emission reductions that would crimp economic growth.

The high-ambition coalition has also called for countries to assess and report on their efforts to fight climate change every five years. This assessment period would provide countries with a chance to intensify their efforts to stem their greenhouse gas emissions in the event of advances in science or the increased availability of funding. While opposition to such a review process has weakened, countries still have not agreed on when it should begin.

Who Will Pay (and How Much) to Fight Climate Change in Developing Countries?

Financing efforts to mitigate and adapt to climate change was a key issue before the conference even began. Developed countries committed in 2009 to send $100 billion annually to the developing world to fight climate change beginning in 2020. Developed countries have not backed off the commitment, but they also haven’t fully fleshed out the details of where that money will come from. A recent report from the Organization for Economic Co-operation and Development (OECD) found that $62 billion flowed from developed countries to their developing counterparts in 2014, a $10 billion jump from the previous year. But developing countries—India in particular—have questioned whether the figure can be trusted and called for a new assessment with input from developing countries. 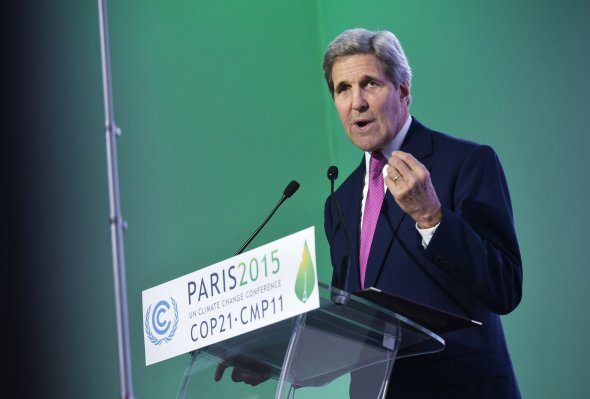 Kerry Looks to Build Momentum at Climate Talks
Next Up: Editor's Pick