Trump: I Was 'Not Really' Frightened by That Bald Eagle

That bald eagle didn’t scare Donald Trump, the candidate says, no matter how much he flinched at his TIME photoshoot.

The Republican presidential candidate phoned into “Fox & Friends” on Thursday morning, Politico reports. as the show opened with the much-memed video of Trump backing away from a feisty eagle named Uncle Sam.

“Were you a little frightened by that bird?” asked co-host Steve Doocy.

“No, not really,” Trump replied.

TIME released a behind-the-scenes gif of Trump’s photoshoot, from the August cover story about the leading GOP contender after Trump was named a Person of the Year finalist. Trump was quick to disagree with TIME’s ultimate choice of German Chancellor Angela Merkel, though he told “Fox & Friends” that knew he would not be chosen since he is “not a part of the TIME establishment.”

“They picked somebody that I thought was inappropriate, but I said I would never be chosen by TIME,” Trump told the show’s hosts. “Even though I was on their cover a few weeks ago.” 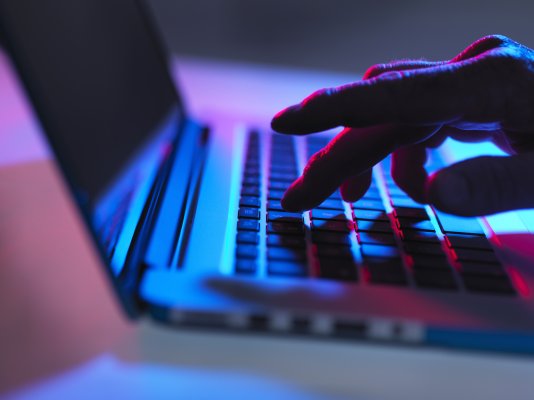