Much has changed since we celebrated former President Theodore Roosevelt for returning from Africa with his son, having killed 17 lions. But information doesn’t reach Minnesota dentists quickly, so when Dr. Palmer paid $50,000 to kill Cecil the Lion, the beloved attraction at Zimbabwe’s Hwange National Park, he returned home to death threats as well as the ire of Jimmy Kimmel, Mia Farrow, Sharon Osbourne, Newt Gingrich and Debra Messing. Dozens of Minnesotans, meanwhile, were happy to have an excuse to cancel their dental appointments.

The clerk of Rowan County, Kentucky, who has been married four times, converted to Apostolic Pentecostalism, a religion against homosexuality, four years ago. After the Supreme Court legalized gay marriage, Davis refused to issue any same-sex marriage licenses, in a move legal scholars call “taking the ball home with her.” She was arrested and then celebrated by GOP presidential candidates Ted Cruz, Mike Huckabee, Bobby Jindal and Rand Paul. She also got a meeting with the Pope, which surprised many people, including, per his press statement afterward, the Pope.

Even with recent legislative changes, the Super Bowl is still an alcohol-based viewing activity, not a marijuana-based one. Yet at halftime, Katy Perry sang “Teenage Dream” flanked by bucktoothed beach balls, googly-eyed palm trees and two sharks, one of whom was on the beat, crisply executing his shark dance moves. The other was Left Shark. And Bryan Gaw, the dancer portraying him, became a hero to all of us who can barely watch a Super Bowl, much less play or dance in one.

As any casual fan of narcocorridos knows, Mexican drug lord Joaquín Guzmán finds prison to be boring. So for his second escape from a maximum-security prison, the head of the Sinaloa cartel fled through a 30-ft.-deep tunnel outfitted with a motorcycle and air ducts. Mexico nervously awaits the authorities to bring him to justice and then help him escape from his next prison.

You know how in your freshman year of college, under the influence of substances that might be legal now, you debated with others whether you all saw the same blue when you talked about blue? Now imagine how bored everyone would have to be to have that discussion sober. That’s what happened when a woman posted a photo of a dress on Tumblr and people argued over whether it was blue and black or white and gold. It drove a wedge between both Kanye West and Kim Kardashian West and Mindy Kaling and B.J. Novak, though the latter two were probably already fighting about Wittgenstein’s rabbit-duck illusion and the former two about which one will be on Mount Rushmore. The debate is probably still occupying much of Left Shark’s brain.

The New England Patriots locker-room attendant, who called himself “the deflator” in a text to a co-worker, used his phone more than a teenage girl in detention. McNally implicated Tom Brady in the cheating scandal with texts complaining about the quarterback’s, like, totally lame treatment of him despite deflating Brady’s balls like he asked. Also, McNally is very fond of puns about testicles.

It was unclear for a while if Dolezal–like a human version of the Dress–was black or white. The ex-president of the Spokane, Wash., NAACP dyed her hair, bronzed her skin and told people she was African American, even though she was born white. Neither race seemed eager to accept her. She didn’t even get a meeting with the Pope.

Brady Olson, a 15-year-old Iowan, registered to run for President as a third-party candidate and polled 7% to 9% in Iowa, Minnesota and North Carolina. His success was largely due to the fact that he called himself Deez Nuts, which is a classic comedy rejoinder meaning, roughly, “deez nuts.”

Take Our Daughters and Sons to Work Day generally doesn’t involve NBA-playoff press conferences. That didn’t stop Golden State Warrior Stephen Curry from putting his adorable 2-year-old daughter’s adorableness in front of crusty sports reporters so they could adore her. Instead, they got even crustier, complaining that they couldn’t ask him tough questions in front of his offspring. So now America will never know if Curry felt the Warriors’ victory was a team effort or if the other team deserved a lot of credit.

When you have 19 kids and are still counting, not all of them are going to turn out perfectly. So the eldest child in the TLC reality-show clan had to quit his job at the Family Research Council when it became public that he had molested his sisters as a teenager–thus ending the show and, undoubtedly, the counting. Then, during the Ashley Madison hack, Duggar got caught for being naive enough to believe there was a dating site where married women paid to get dates.

The man who, at 19, opened his own deli in Bakersfield, Calif., off winnings from a lottery ticket was about to luck into the job of Speaker of the House. Then he found out that being Speaker is worse than any other job in the world, including being the owner of a deli in Bakersfield, Calif. After he stupidly told a TV interviewer that the Benghazi committee was effective as a political tactic to hurt Hillary Clinton, the Tea Party turned on McCarthy, causing him to withdraw his candidacy and understand why the caged John Boehner cries.

When you are demoted from the status of planet to Kuiper Belt object–and are further humiliated by being labeled just another dwarf planet, along with totally basic rocks such as Haumea and Makemake–you can start to get a little desperate. So when the spacecraft New Horizons started taking Pluto’s first closeup pictures, it’s not surprising that Pluto tarted it up by showing off a heart-shaped region that, it turns out, is filled with poisonous ice. So pathetic.

Richard Lamar Hawk, 17, shot a 15-second Instagram clip at school and then stretched it out to create a viral video teaching people how to do a bunch of old viral dances: the whip, nae nae, the stanky leg, the break your legs, the Superman, the bop. The millennial Arthur Murray’s lyrics mostly consist of him telling people to “watch me.” Instead, we mostly had to watch the moves enacted by the likes of Hillary Clinton and Matt Damon–as well as born-again virgin couple Ciara and Russell Wilson, since that’s as close as they’re letting themselves get to sex.

After arriving at his high school in Irving, Texas, with a clock he’d taken apart and rebuilt as a pencil case–because you never know, pencil-case clocks could become a cool teen trend–the 14-year-old was arrested and handcuffed for possessing a hoax bomb. As a victim of Islamophobia, he was perhaps overcelebrated for his scientific achievement of changing the back of a clock: he got to meet Barack Obama, Sergey Brin, an astronaut and the mayor of New York City. But that fame eventually led to a scholarship offer from a school in Qatar; once Mohamed moved there, he demanded $15 million from his old school district and city, or approximately 30 million pencil-case clocks.

There are few times in life when we get to cheer for a rat: Ratatouille, union protests, when Rizzo gets a line on The Muppets, 1984 if you liked hair-metal bands, once every 12 years if your Chinese restaurant uses that place-mat chart. But when this particular little creature tried to carry an entire slice of pizza down a flight of stairs at a New York City subway stop, we were once again reminded how noble are the rat’s struggles, and how gross are the New York City subways. Luckily, Pizza Rat found his fame late in the year, otherwise Walter Palmer would have paid $20,000 to kill him.• 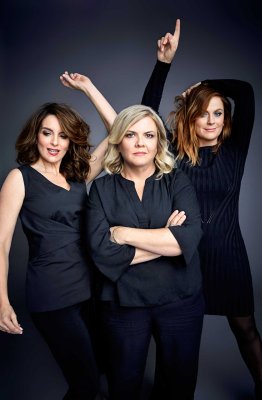