Bollywood actor Salman Khan sits in a car as he leaves a court in Mumbai on May 6, 2015
Shailesh Andrade—Reuters
By Rishi Iyengar

Prominent Indian actor Salman Khan was exonerated in a high-profile hit-and-run case against him Thursday, with a top court in the western city of Mumbai ruling that not enough evidence exists to prove he was inebriated and behind the wheel of his vehicle at the time of the incident.

The Bombay High Court had said a few hours before the verdict that the prosecution was unable to establish a strong enough case against Khan, the Indian Express newspaper reported.

The 49-year-old movie star was sentenced to five years in prison in May by a lower court, for allegedly running over five people sleeping on a sidewalk in Mumbai’s posh Bandra neighborhood in 2002 with his SUV — one of the five later died. He was released on bail almost immediately, however, pending the appeal to the High Court that acquitted him on Thursday.

The case has been an intensely polarizing one, with detractors saying Khan was shown leniency owing to his celebrity status while legions of fans proclaim his innocence. Khan — one of Bollywood’s most bankable stars whose movies regularly gross millions — has strongly denied the charges against him and repeatedly said his chauffeur was driving the car at the time.

Read more about the case here 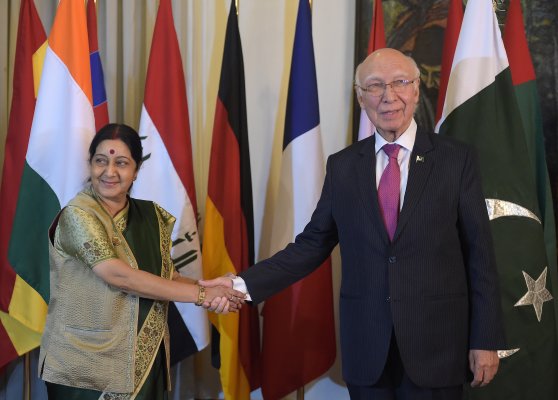 Pakistan and India Will Resume Bilateral Dialogue
Next Up: Editor's Pick