Madonna’s blockbuster concert at AccorHotels Arena wasn’t the only performance she gave in Paris Wednesday night.

The singer announced on Twitter that she’d hold an intimate after-show at the Place de la République, close to the memorial to the victims of the Nov. 13 Paris attacks that left 130 dead.

In an Instagram post, she added that her 10-year-old son David Banda and guitarist Monte Pittman would join her in singing “songs for peace.”

As a small crowd of onlookers swayed along, snapping pics on their phones, the singer performed “Imagine” by John Lennon, as well as her hits “Ghosttown” and “Like a Prayer.”

Madonna, who is currently traveling for her Rebel Hearts tour around Europe, teared up at a November show in Stockholm, Sweden soon after the Paris attacks.

“I do believe that as much chaos and pain and senseless violence and terrorism that occurs around this world – not just in Paris – as much as that does occur, there is more goodness in this world. We are here to prove it,” she said. 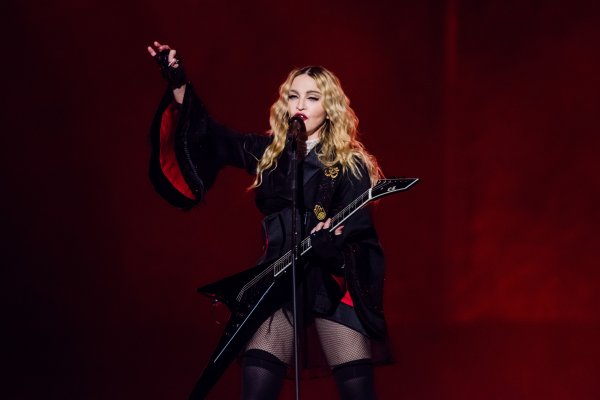