Walmart on Thursday began rolling out Walmart Pay, making it the first retailer with its own mobile payments solution that works on any Apple iOS or Android smartphone.

The world’s biggest retailer aims to make its mobile shopping app more useful. The app had some 24 million active users in October, according to ComScore data. Walmart is also vying to make its app stickier to reduce customers’ temptation to shop elsewhere, namely at Amazon.com or Target.com. Walmart has its work cut out for itself: the number of unique visitors to its mobile app rose 20% year over year in October, but Amazon’s rose 64% to 49 million during that period.

Just as important, Walmart’s move will give customers access to a payment method that they are increasingly calling for, despite not being able to use Apple Pay, Google Wallet, or Samsung Pay at the retailer’s stores.

The news comes only a few weeks after Merchant Customer Exchange—a partnership of major store and restaurant chains including Walmart, Target , and CVS Health, and was largely created to counter Apple Pay—began public testing of its CurrentC system in Columbus, Ohio, about a year after Apple Pay came to market.

With no plans to accept Apple Pay, and no set launch date for MCX, it appears Walmart could wait no longer without risking missing out on a major shift in customer behavior: Forrester Research has forecast that mobile payments by U.S. consumers will go from $52 billion last year to $142 billion by the end of 2019. What’s more, MCX is coming to market soon after some key members, notably Best Buy and Rite Aid, decided to accept Apple’s system, raising questions about its long term viability.

Walmart, which is planning to spend $2 billion to strengthen its e-commerce operations in the next two years, invested heavily in improving its shopping app ahead of the current holiday season. For instance, users can now check in when they get to a store to signal to staff they are there and want to pick up an order placed online.

Walmart has said that half of its digital orders during the recent Thanksgiving-Black Friday weekend were made with its shopping app. And the company expects some 210 million visits to its app in the November and December holiday season.

“Walmart Pay is not about improving payment for just payment’s sake,” Daniel Eckert, Walmart U.S. senior vice president of services, said during a webcast media briefing. “It’s about how we can use payment to create a better shopping experience.”

Walmart Pay, which will be available in all stores by summer, uses a camera that reads a code that appears on cash registers at the end of a transaction to enable payment. Credit card information not stored on the app but rather on walmart.com.

The goal is to make checkout easier, Eckert said. Walmart has been adding self checkout kiosks at some stores and increasing cash register staffing to speed up the checkout process, which had for years been a bete noire of many Walmart customers and a big drag on its customer service ratings.

Walmart is keeping a door open to other systems down the line: Walmart Pay is designed so it can work with other digital wallets, including potentially Apple Pay and Google Wallet, if the retailer wants. And Eckert insisted the launch did not mean Walmart was wavering in its commitment to MCX.

But retailers from Walmart to Target to Kohl’s to Macy’s are working hard to personalize shopping, and they need consumer behavior to do that. So it’s imperative for these companies to make their apps indispensable; essentially an extension of a shopper’s hands.

“Walmart Pay makes the app more valuable to the customers and helps us build a deeper relationship with them,” said Neil Ashe, CEO of Walmart Global E-Commerce. 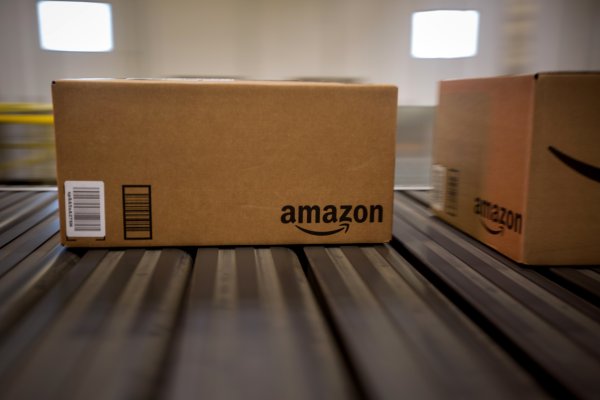 How Amazon Is Beating Walmart and Target
EDIT POST