Contentious neighbors India and Pakistan are set to resume talks for the first time in three years, the two countries said Wednesday, signaling a major step forward in a peace process that has broken down several times in the past.

Swaraj is in Islamabad for a regional peace summit called the “Heart of Asia” conference, and is the most senior Indian official to visit Pakistan since Indian Prime Minister Narendra Modi assumed office in May 2014. She also met Modi’s Pakistani counterpart Nawaz Sharif on Wednesday.

The perennially frosty ties between the two South Asian powers, which have fought three wars — two over the disputed border region of Kashmir — since their independence from Britain in 1947, has seen unsuccessful attempts at reconciliation by successive governments. Pakistan insists that any talks should include Kashmir, while India’s focus remains on the cross-border terrorism it accuses Pakistan of fomenting.

The past year has been no different, with the relationship deteriorating amid periodic military firefights at the border and a previous round of high-level talks also called off earlier this year. There has been a thaw recently, however, with the national security advisers of both countries conducting a “cordial” meeting in Bangkok on Monday, soon after Modi and Sharif spoke on the sidelines of the Paris Climate Conference in late November.

Swaraj, for her part, earlier said it was time for the two nations to “display the maturity and self-confidence to do business with each other and strengthen regional cooperation,” adding that India is prepared to approach the dialogue at a pace “comfortable” to Pakistan.

“The entire world is waiting and rooting for a change,” she said. “Let us not disappoint them.” 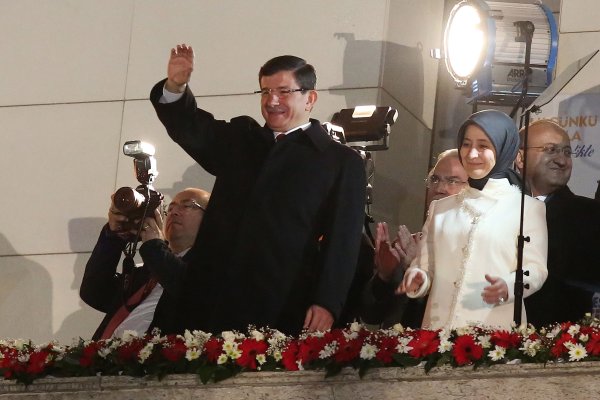 Turkey Accuses Russia of 'Ethnic Cleansing' in Syria
Next Up: Editor's Pick