Rising seas, catastrophic droughts, severe storms. While these events sound like the backdrop for a blockbuster movie, these are real impacts we’re beginning to see across the world, worsened by climate change.

In the U.S., California is still suffering from one of the worst droughts on record, while the Carolinas are still cleaning up from October’s historic rain and flooding. A recent study found that 96% of Americans live in a county hit by at least one weather-related disaster in the last five years. And as 2015 is widely expected to be the warmest year on record (breaking the record set in 2014), scientists predict the worst is yet to come.

Yet as challenging as it is for the U.S. to prepare for these impacts, the poorest, most vulnerable countries in the world—countries that did the least to contribute to the problem—are at much greater risk.

This summer in India, a heat wave so severe that temperatures topped 115 degrees for days on end, took more than 2,500 lives. Typhoon Haiyan, one of the strongest tropical storms ever recorded, killed more than 6,000 people in 2013. And some low-lying countries are exploring or purchasing land in other countries to relocate their entire populations as a result of sea level rise.

Climate change, according to the U.S. Department of Defense, acts as a “threat multiplier,” adding another stress point to unstable regions of the world.

That is why in Paris this week, climate change negotiators are looking to craft a new global deal on climate change. The deal being negotiated could result in the greatest emissions reductions in our history, while unleashing clean energy opportunities around the world.

The agreement must include provisions to help the world’s most vulnerable through sensible investments that will help countries prepare for the worst impacts of a changing climate.

This summit cannot fail; the risk is too great.

The world has come together to address this threat because no country can meet this challenge alone. Ahead of the conference, more than 180 countries have submitted their plans to take climate action. Every country is doing its part to tackle this grave threat.

Reflecting this global effort, a group of 30 world’s most vulnerable countries pledged in Paris last week to commit to 100% renewable energy by 2050, a feat to which developed countries of the world should aspire. Doubling down on its previous strong commitments on renewable energy and plans to increase its forest cover by planting more trees, India announced a new global solar partnership with 120 countries.

The agreement made in Paris won’t solve everything. We will need to do much more to reduce emissions and prepare for the impacts at home and abroad, especially providing financing and technological assistance to developing countries. But an agreement in Paris will build the foundation for stronger action that we’ll need in the years ahead.

After the summit closes, we must go back to our homes and communities to do more to reduce the impacts of climate change while preparing for the changes we cannot avoid.

The scale of the challenge requires a global effort, but our individual actions add up, and matter.

Together with government action we can address this challenge and leave a better world for our children and grandchildren. 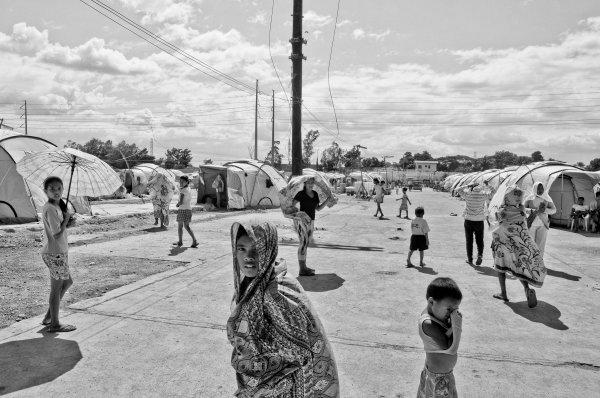 Philippines: Ground Zero for Climate Disaster
Next Up: Editor's Pick