Ask Marion Cotillard whether she ever draws from her own experience to relate to her characters, and the answer is an emphatic non. “I could never relate any of my characters with my own life because we’re not the same person,” she says. “I need to find everything I will need in the character. If it’s not there, then I will create it.”

Though Cotillard says this approach applies to all of her roles—which have ranged from her Oscar-winning turn as the French chanteuse Edith Piaf in La Vie en Rose to a woman forced into prostitution in The Immigrant—it’s particularly understandable in the case of her latest role: Lady Macbeth. Cotillard plays the power-hungry antiheroine—who encourages her husband to secure their rise to power by murderous means, then descends into madness, wracked with guilt—opposite Michael Fassbender in director Justin Kurzel’s new adaptation of the Shakespearean tragedy, which hit theaters last week.

Cotillard tells TIME she can pinpoint the very moment she knew she would one day utter the words, “Out, damned spot!” before an audience. She was in acting school, watching another student working on Lady Macbeth’s soliloquy when it struck her. “That day, I thought that I would play Lady Macbeth one day. I knew it,” she says. “I don’t know why, but I really wanted to experience this very tumultuous, dark and at the same time human character.”

But she never imagined she’d get the opportunity to do it in English. Though she had studied the play in her native French, preparing to perform the part in English required wrestling anew with the Bard’s turns of phrase and double meanings. “I really discovered Shakespeare[an] language when I was preparing the movie, and I was very happy to discover it in his language.”

Playing one of the most coveted roles in the history of the written word brought with it a level of pressure Cotillard hadn’t experienced with any of her previous roles, including the iconic Piaf. “It was hard to get rid of the images of Judi Dench, for example, who really reached perfection in Lady Macbeth,” she says. “But then I thought, I cannot compare myself to those magnificent actresses, particularly when the job is not done yet.”

Rather than consciously attempting to draw from or differentiate her own performance from the Ladies Macbeth of Dench, Vivien Leigh or Francesca Annis (to name just a few), Cotillard allowed Kurzel’s vision to define the contours of her interpretation. And that began with deconstructing the monster, she explains: “Not just showing two monsters who are monsters and therefore do horrible things,” she explains. “There’s a reason why they’ve become monsters. There’s a reason why somebody who lives in madness is mad.”

Kurzel’s vision plays out among the starkly beautiful mountains of Scotland where the film was shot, returning the story to its original setting. The low-hanging pewter clouds and severe, snow-dusted peaks set a somber, quiet mood over which the drama plays out. Cotillard found that despite the physical challenges of acting through hailstorms and brutal winds, she was able to internalize the outward trauma and channel it into her performance. “We had to use to use the violence of the elements to emphasize the story that we were telling,” she says.

While she draws no straight line from Lady Macbeth to herself, Cotillard still finds relevance in the four-centuries-old tale of her character’s swift rise and steady demise. It’s a meaning she came to discover alongside Kurzel, and one which, when it hit her, helped her understand why the desire to play this role had stuck with her since that day in school decades ago. “We all live with fears and pain, and if you don’t face them, if you try to cover them, it just creates the illusion that you will escape [them],” she says. “But if you dive into this illusion, it can only lead you to madness.” 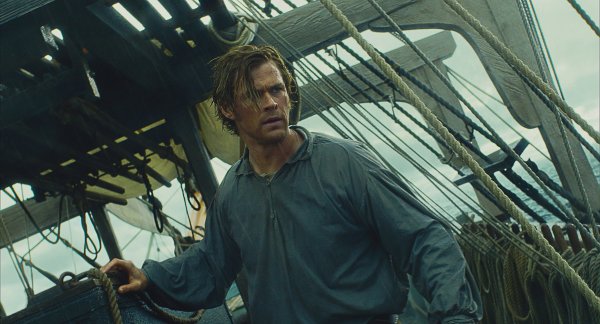 Review: In the Heart of the Sea Is a Classic Man vs. Nature Story
Next Up: Editor's Pick